On Monday 9 May 2016, a Mercury transit across the face of the Sun took place. During a transit, Mercury is seen as a small black dot moving very slowly in an East-to-West direction across the Sun. 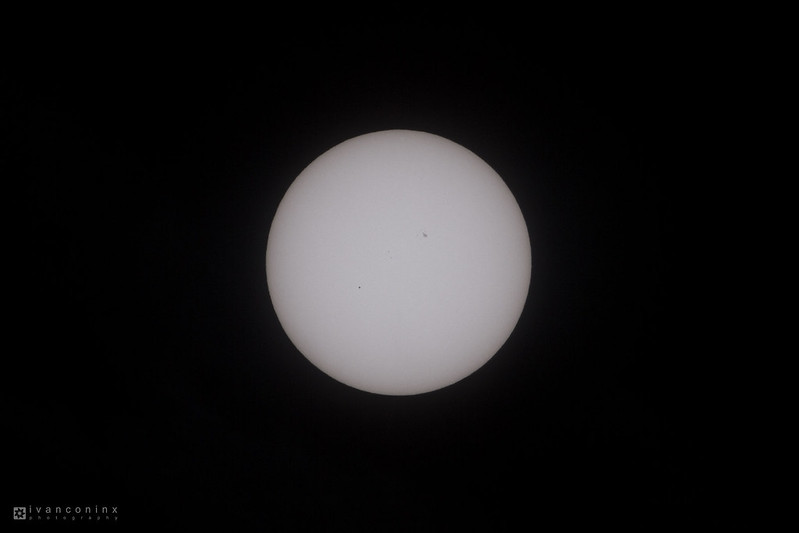 Even though a transit of a planet across the face of the Sun is a relatively rare event, this Mercury transit could be observed from many populated places on Earth such as Western Europe, Eastern North America and Northern South America.

More info on the 2016 Mercury Transit can be found on http://eclipsewise.com/oh/tm2016.html

This entry was posted in Astronomy and tagged Astronomy, Astrophotography, Mercury, Sun, Transit.