To celebrate this special occasion, TUI organized a unique visual event in which employees of TUI would literally pull the symbolic first TUI fly Belgium flight to the runway. I was kindly invited by TUI to witness this remarkable event.

At 8:30 in the morning all members of the press, spotters and other special guests gathered in the lobby of Jetairport, TUI’s main hangar and office building at Brussels Airport. Few moments later, we were kindly welcomed by the two spokespersons of TUI, Pieterjan Rynwalt and Florence Bruyère.

After a nice breakfast on the fifth floor of Jetairport, all visitors were asked to go to the security screening before heading to the hangar where the special event would kick off. 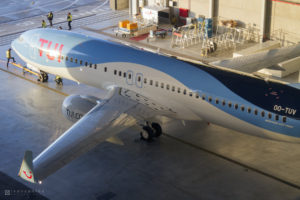 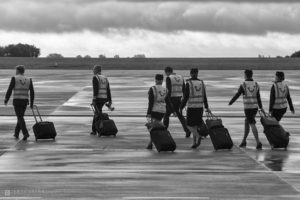 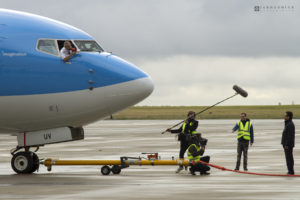 After the passengers had arrived by bus, Elie Bruyninckx, CEO TUI Western Region, welcomed everybody and said: “The Belgian has changed dramatically the way of preparing his holiday plans. We defined our strategy from this reality. With TUI, the new name and the new approach, we want to show everyone that we represent travel without worry. We are not just a supplier of hotel rooms or aeroplane seats. We also take care of everything around the trip. If something unexpected happens, we assume our responsibilities.”

After the speech, a total of thirty TUI employees (including pilots, cabin crew members and ground staff), walked towards the aircraft and pulled the Boeing 737 with a rope towards its parking position where boarding, loading and fuelling would take place.

Pulling an aircraft in such conditions is not only an achievement, but also a first in Belgium. It symbolises the ambitions of Belgium’s largest tourism group. TUI invests heavily in travel agencies and Internet to make the booking of holidays easier and more pleasant.

The manual pull of a commercial flight minutes before takeoff had been prepared for months, but remained a surprise to the passengers until the last moment. With this action, TUI wishes to stress that it builds its future on the basis of the success of Jetair, and with all its staff, it continues to make the necessary efforts so that the holiday of more than 2 million passengers is successful. The new name will also help travellers to find their way to TUI more easily, both through travel agents and online. Hence, whatever the channel chosen by the passenger, he can count on the same competitive price and on the same service. 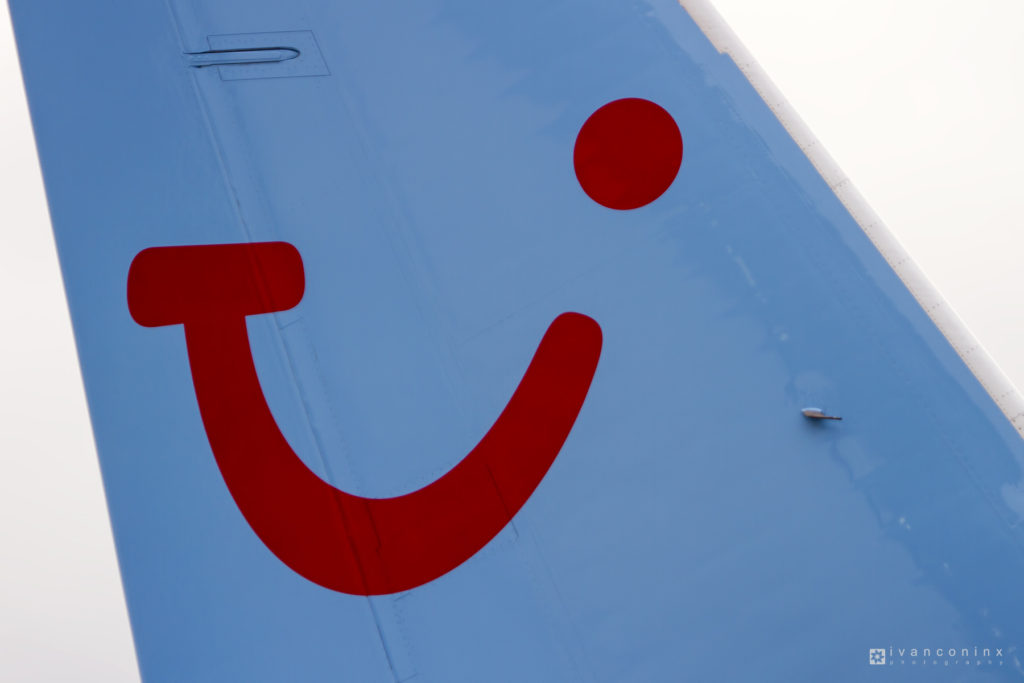 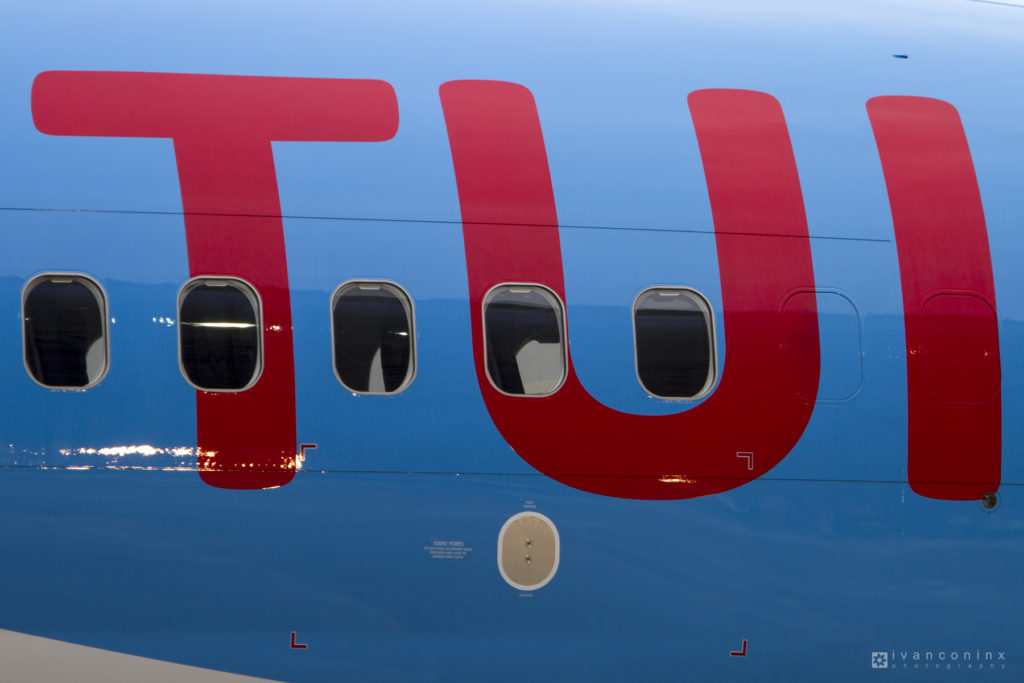 After the pull, a red carpet was rolled out and all passengers of flight TB1111 BRU-AGP were kindly asked to walk towards the aircraft and board the plane. At 11:00, boarding was completed, all doors were closed and the aircraft was towed away from Jetairport for a water salute by the Brussels Airport Fire Departement.

Afterwards, all guests of the event were invited for a glass of champagne and a lunch. A nice way to end an amazing event.

Hi-res photos of the TUI Event are available here.

Special thanks to all employees of TUI, especially Pieterjan Rynwalt and Florence Bruyère.