The Smurfs and Art Nouveau finalists for the 5th Belgian Icon

At the beginning of August, Brussels Airlines called on its customers and fans to design the 5thBelgian icon in its series of special planes dedicated to famous Belgians or Belgian culture. The airline received an overwhelming number of ideas and designs. In total 1415 entries were submitted – all of which represent what Belgium truly stands for.

No idea is too crazy in the land of surrealism: designs of dancing chicory and the hair of Belgian Red Devil Fellaini were just some of the more eccentric ideas. The most popular ideas were however related to Belgian comics (the Smurfs, Marsupilami, Lucky Luke, Le Chat,..), music (Toots Thielemans, the Saxophone, Jacques Brel,…) and food (chocolate, fries, waffles,…). Ideas were submitted not only by Belgians, but also by fans from France, Germany, Uganda and even Lebanon and Colombia. 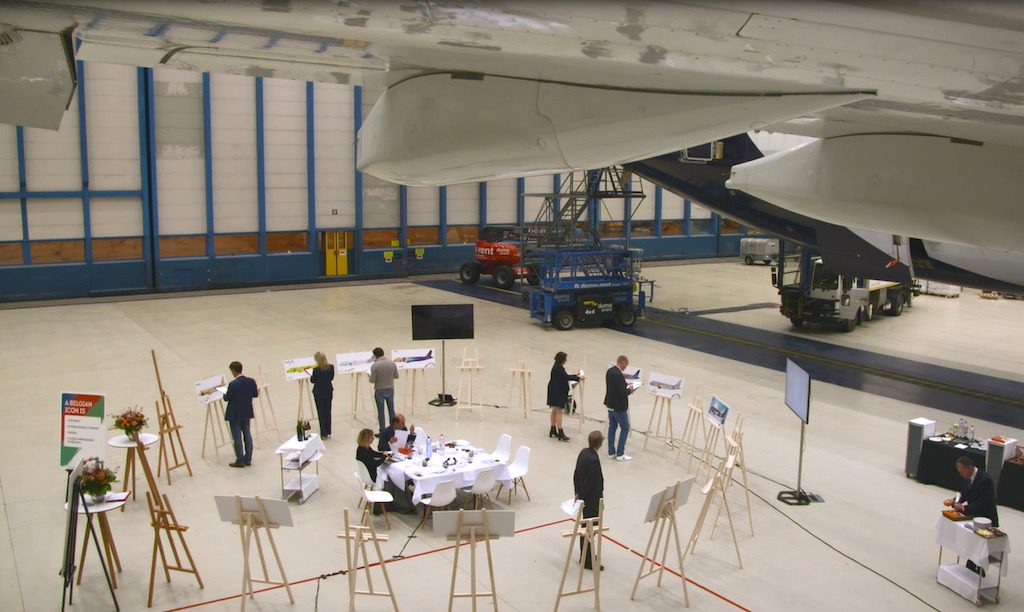 The jury, consisting of Tomorrowland General Manager Dave Sips, Olympic champion Olivia Borlée, CEO of Pairi Daiza Eric Domb, CEO and artistic director of BOZAR Paul Dujardin, producer and musician Netsky and Belgian Star Chef Yves Mattagne had anything but an easy task to select two finalists out of all the entries, but on Monday night they reached a decision, together with Brussels Airlines representatives, including CEO Bernard Gustin. The Smurfs by Marta Mascellani and Art Nouveau/Horta by Ahmet Sefer will now compete for a spot on the Airbus A320! The jury considered, among other criteria, the international character, the uniqueness of the designs and if the icon is a good ambassador for Belgium. Bernard Gustin, Brussels Airlines CEO, says: “I’m happy to see that we have two such different ideas competing for first place. It was not an easy choice because there were so many good ideas and designs and Belgium has many icons that deserve to be honored. Both the Smurfs and Art Nouveau are known worldwide and help put Belgium on the map. I am very curious to see what the public will choose!”

From today until 24 September everybody can vote for his or her favorite design on brusselsairlines.com/belgianicon. Next to eternal fame, the winner gets to follow the entire design process and the creation of the Belgian Icon behind the scenes. Furthermore, he or she will be on the front row during the big reveal event and will fly on its maiden voyage. The plane will be presented to the public in March 2018.