On Friday 13 April 2018, Air Belgium positioned one of its two Airbus A340 aircraft from Brussels Airport (BRU) to Brussels South Charleroi Airport (CRL).

Airbus A340-313 OO-ABB was scheduled to operate flight KF343P (note the appropriate flight number) from BRU to CRL on the early morning of Friday 13 April 2018. The Airbus A340 would leave Brussels Airport at 08:30 in the morning, and head to Brussels South Charleroi Airport, which is located just 27 nautical miles south of BRU.

At 08:29, anti-collision lights were switched on and the aircraft was pushed back from its remote parking position at Brussels Airport. Its sister ship, Airbus A340 OO-ABA was parked just next to it. 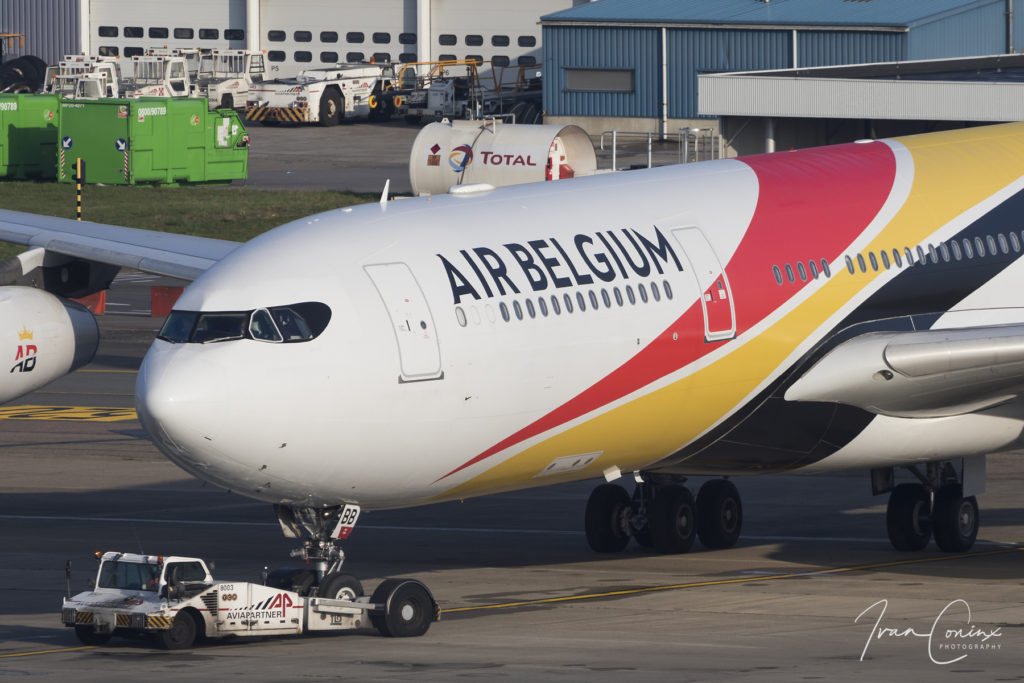 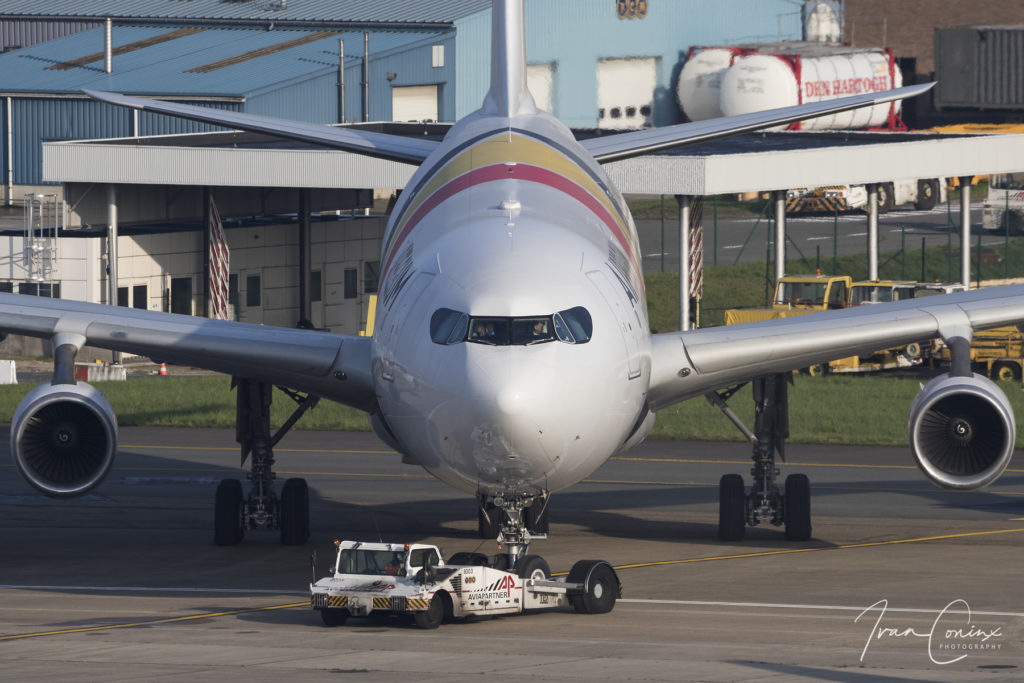 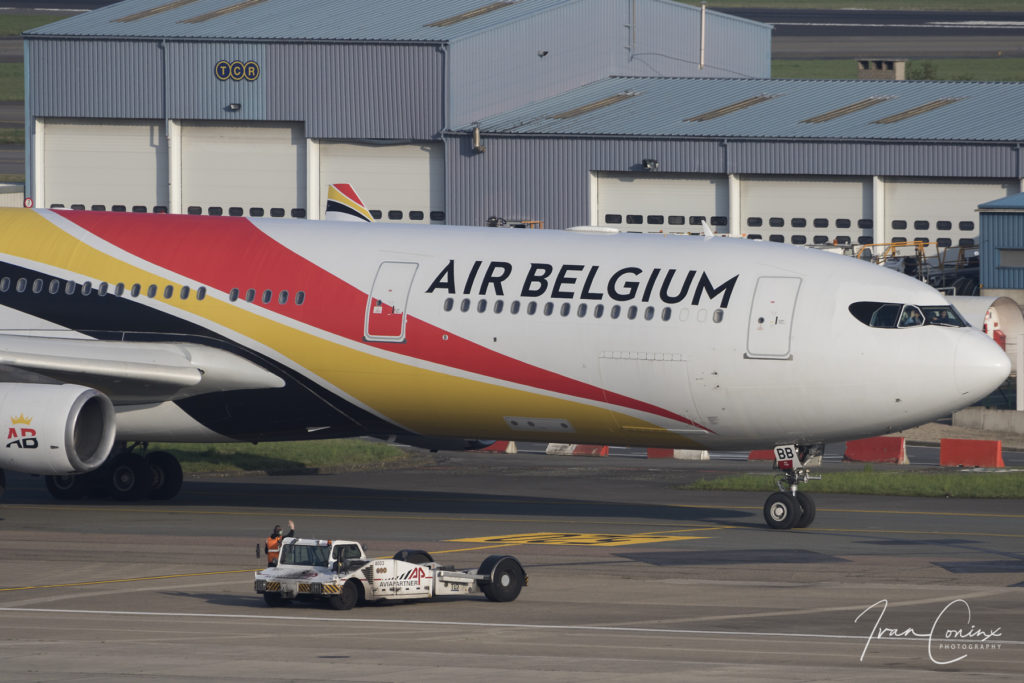 Few moments later, the four CFMI CFM56-5C4/P engines were started and the aircraft commenced its taxi to the active runway for departures.

At 08:43 local time, Airbus A340 OO-ABB took off from RWY 25R at Brussels Airport and was on its way to Brussels South Charleroi Airport as flight KF343P. Takeoff of OO-ABB from RWY 25R at Brussels Airport

Before making a full stop landing at CRL, the aircraft performed two touch and go landings at the airport, so it could test the PAPI (precision approach path indicator), the visual aid providing guidance information to help a pilot acquire and maintain a correct approach towards the runway.

The aircraft made a full stop landing at CRL around 09:21 and was welcomed by the press and a traditional water salute by the airport’s fire brigade.

Air Belgium will offer four weekly direct flights from Charleroi to Hong Kong. The inaugural flight will leave Charleroi on 30 April 2018 at 14:00 CET and will land in Hong Kong the next day at 07:30 local time. Later this year the new airline plans to add other Chinese destinations to its network.