On Tuesday 22 December 2020, the first Airbus A400M Atlas for the Belgian Air Force landed at Melsbroek Air Base.

On the early morning of Tuesday 22 December 2020, Airbus A400M Atlas with registration CT-02 took off as flight BAF636 from Seville Airport (SVQ/LEZL), where Airbus has a ‘final assembly line’ (FAL) for the Airbus A400M Atlas.

After an uneventful flight over Spain and France, the aircraft entered Belgian airspace at around 13:30 CET (12:30 UTC) and was descending for an approach at Brussels Airport (BEU/EBBR), where Melsbroek Air Base (EBMB) is located. Few moments later, spotters who were at the airport got a first visual contact of the aircraft as it appeared on final approach for RWY 25R. 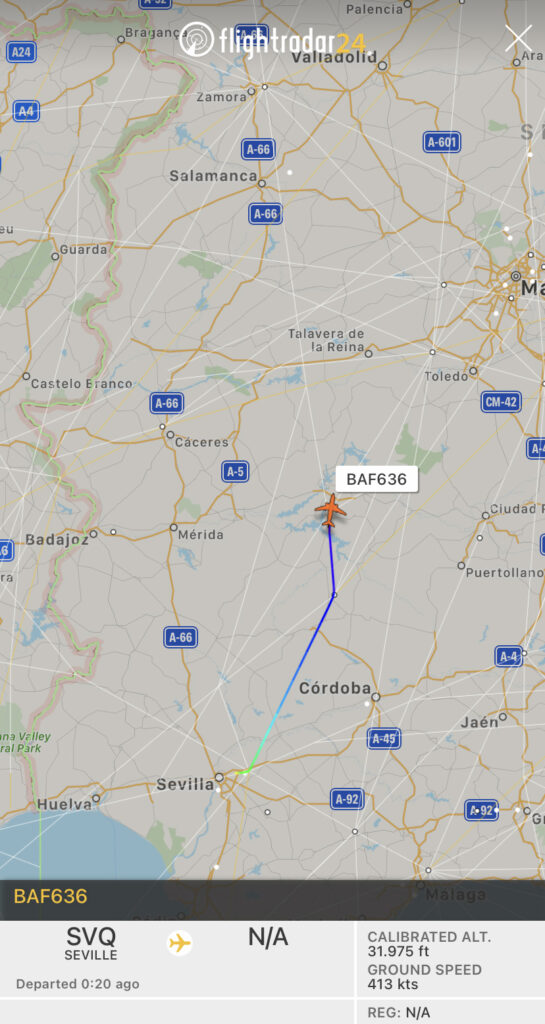 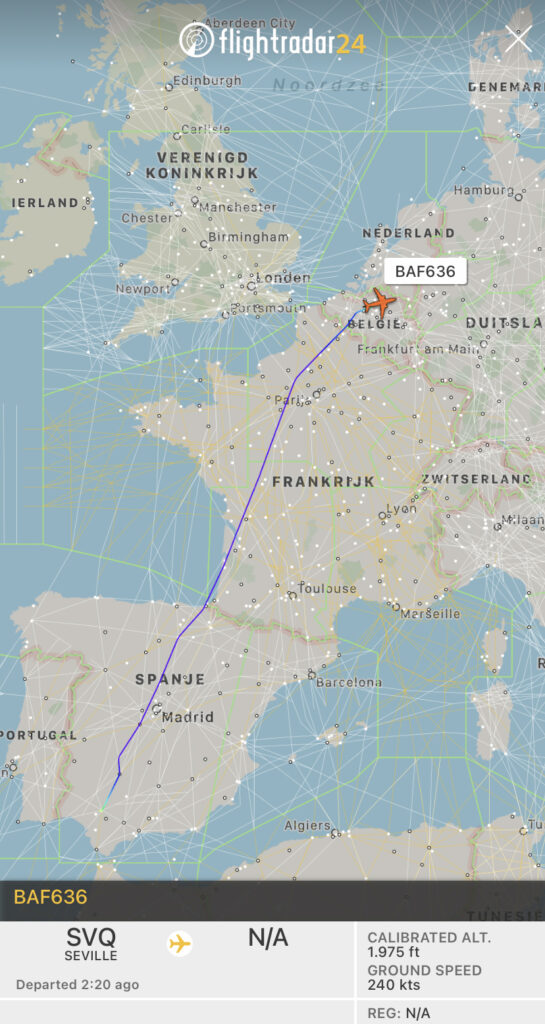 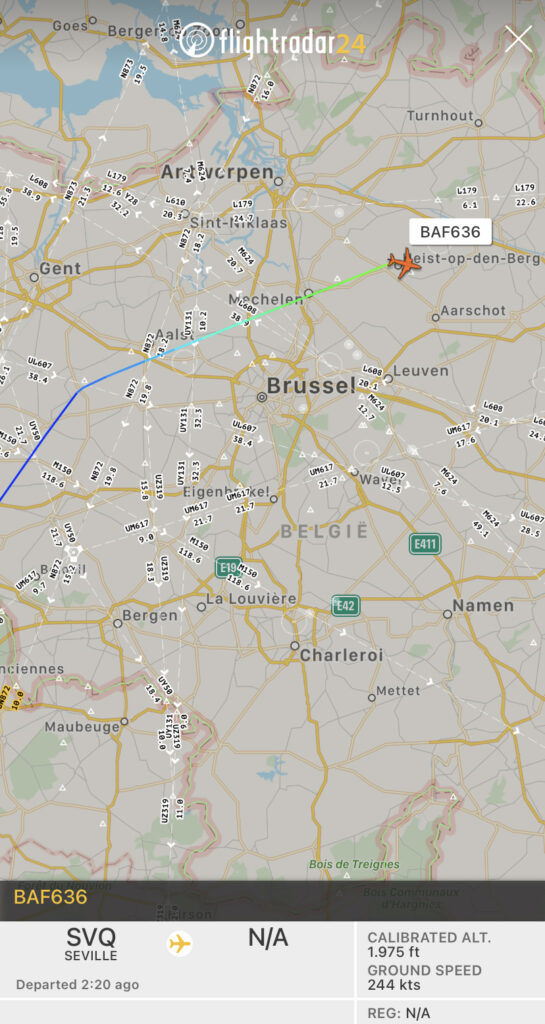 Instead of making a full stop landing, it first performed a low level flyby over RWY 25R, followed by a sharp right turn before entering a right hand traffic pattern for RWY 25L (this was a – much appreciated – special request by the Belgian Air Force to ATC to please the spotters, since spotting facilities at RWY 25L are much better and there even is a special spotters platform next to the runway). At 13:42 CET (12:42 UTC), the aircraft made a smooth and uneventful landing on RWY 25L and it was welcomed by the local spotters. After it exited the landing runway, the aircraft taxied towards the military apron at Melsbroek Air Base and was given a traditional water canon salute. The four engines were shut down. The aircraft and its crew were welcomed by the Belgian Minister of Defence, representatives of the Belgian Air Force and Belgian Defence, members of the press and some aviation enthusiasts who won a contest organised by the Belgian Air Force. 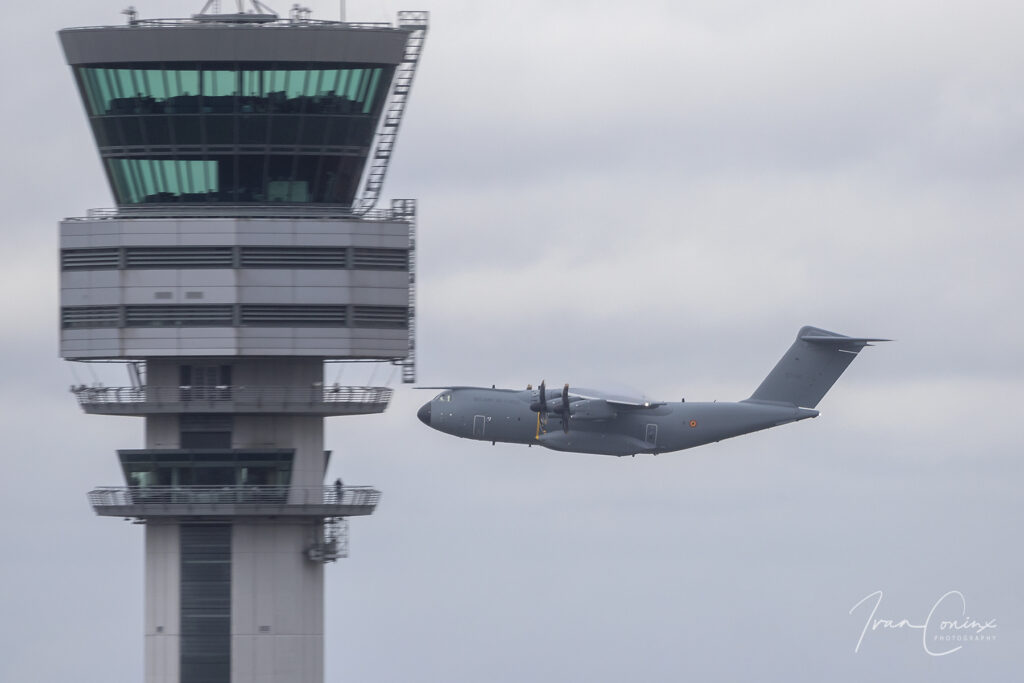 Low level flyby of CT-02 over RWY 25R and BRU’s ATC tower in the foreground. 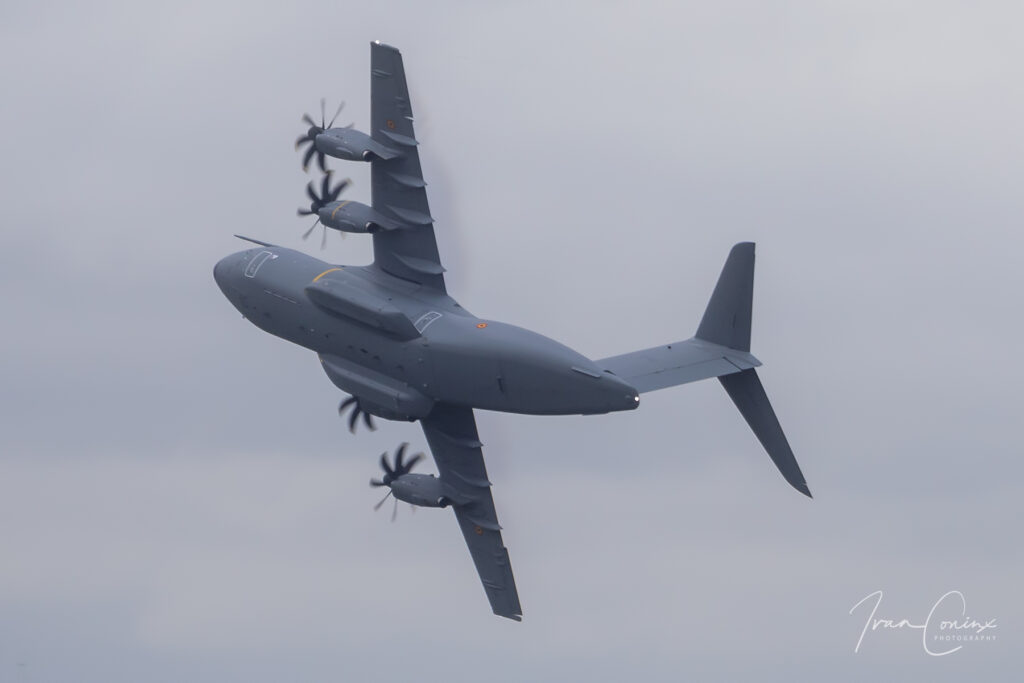 Sharp and steep right turn of CT-02 during its low level flyby over RWY 25R.

The aircraft, Airbus A400M Atlas with manufacturer’s serial number (msn) 106 and registration CT-02, is the first one for the Belgian Air Force and hence also the first one to have Belgian Air Force markings. It has been delivered nineteen years after the purchase order was signed in 2001. It is however, the second one being delivered to the 15th Wing Air Transport, as CT-01 (owned by Luxembourg, wearing Luxembourg Armed Forces markings but also based at Melsbroek and operated by the 15th Wing Air Transport) was already delivered in October 2020.

Bilateral partnership between Belgium and Luxembourg

The Belgian Air Force and the Luxembourg Armed Forces decided to jointly operate their fleet of Airbus A400M Atlas military transport aircraft. For this purpose, both nations signed a bilateral partnership agreement in 2001. The Luxembourg Armed Forces purchased one Airbus A400M Atlas (CT-01, which was delivered in October 2020), the Belgian Air Force ordered seven aircraft (of which the first one, CT-02, has now been delivered). All eight aircraft will be operated by the ‘Belgium-Luxembourg Binational Air Transport Unit A400M’ (BNU A400M) of the 15th Wing Air Transport, based at Melsbroek Air Base. 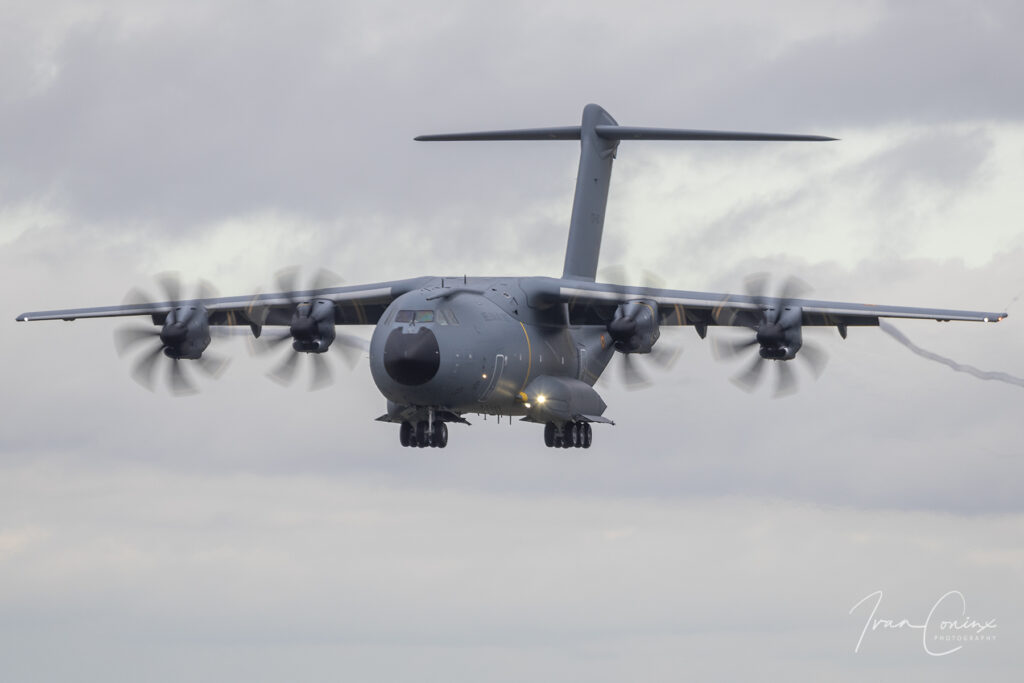 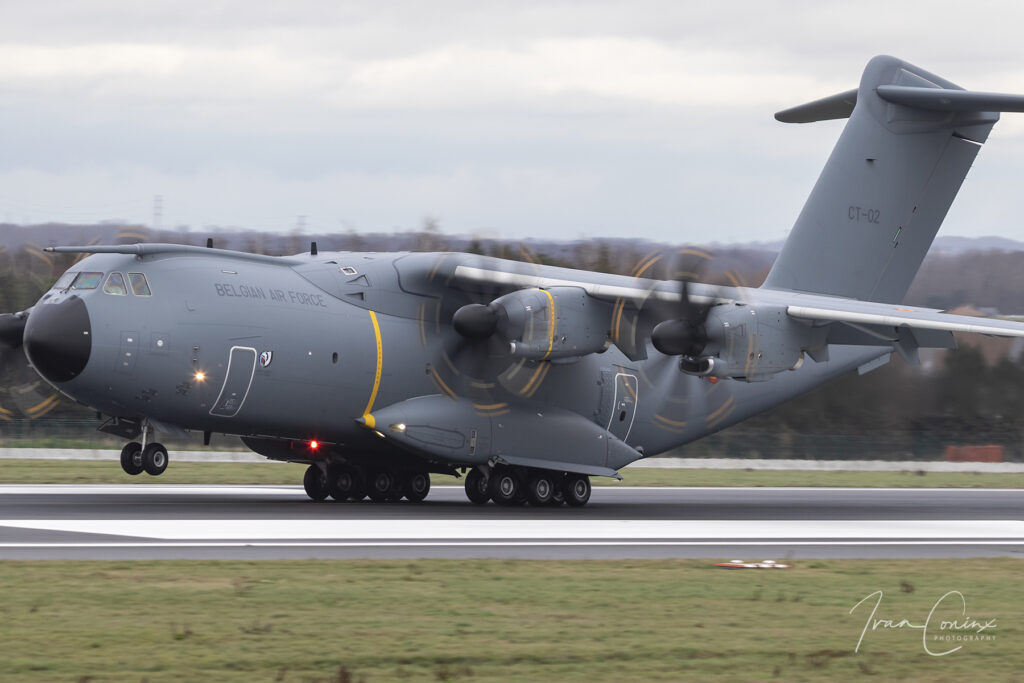 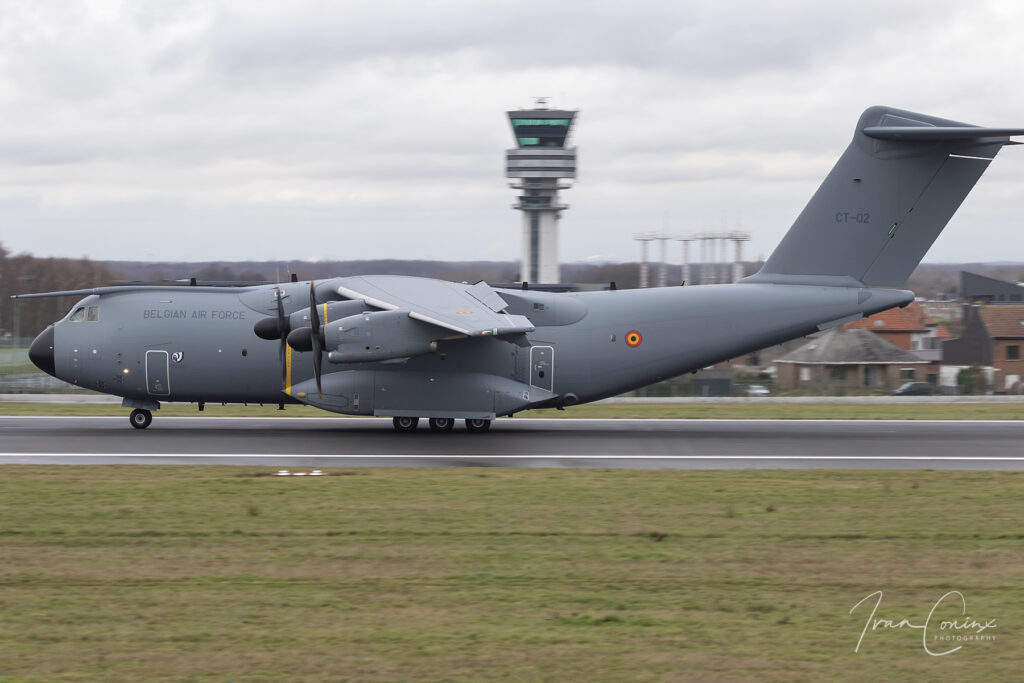 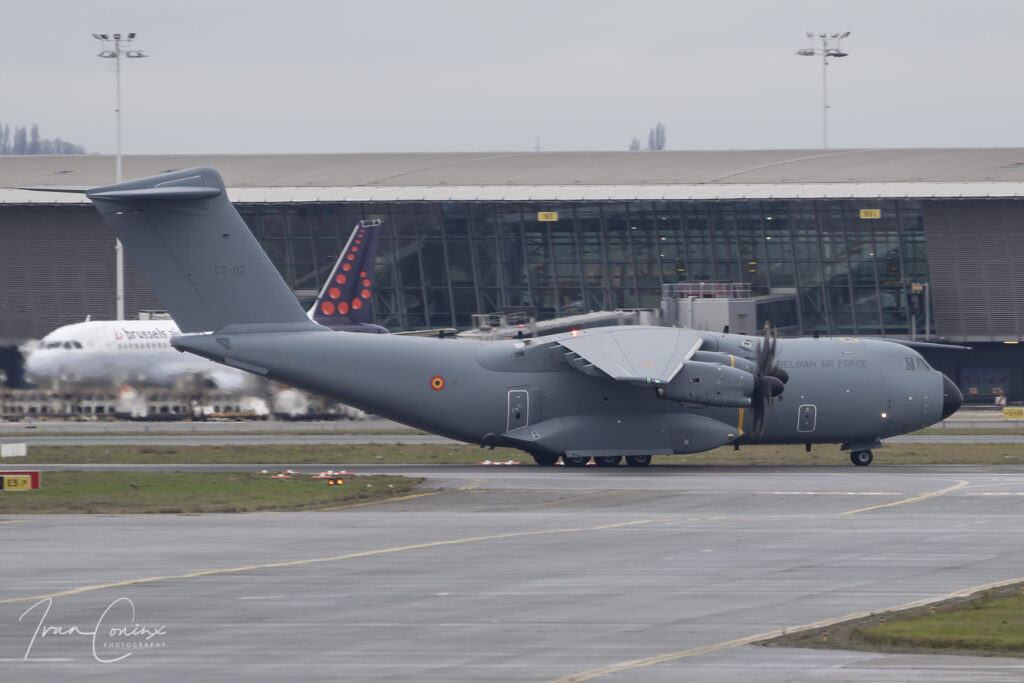 CT-02 taxiing to the military apron after landing.

Next to the delivery of the eight aircraft, the bilateral partnership for jointly operating the fleet of Airbus A400M Atlas aircraft also includes a major infrastructure programme at Melsbroek Air Base. One of the most significant parts is the construction of a new complex for maintenance work on the Airbus A400M. This new maintenance complex will cover an area of 13,621 m2. The estimated cost is 49,6 million euros. The construction of the new maintenance complex is well underway at moment of writing and should be finished by mid 2021.

Hi-res versions of my photos of the arrival of Airbus A400M Atlas CT-02 at Melsbroek Air Base are available here.