On Sunday 25th October 2015, the largest Japanese airline All Nippon Airways (ANA) started a daily non-stop service between Tokyo and Brussels; this is the first direct service between the two countries in 14 years. The connection will generate more than 100 new direct jobs in and around Brussels Airport and many more indirect jobs in the tourist sector and in the air cargo industry. It offers both Belgian and Japanese companies new opportunities for investment and export.

The friendly people of ANA and Brussels Airport kindly invited me to a unique press event to get a glimpse of this new non-stop daily flight.

The ANA plane, Boeing 787 Dreamliner JA828A, was given a warm reception with an escort in formation of the airside inspection and the traditional water salute on the tarmac of Brussels Airport. The passengers on the first – fully booked – flight from and to Tokyo were treated to Belgian chocolate. 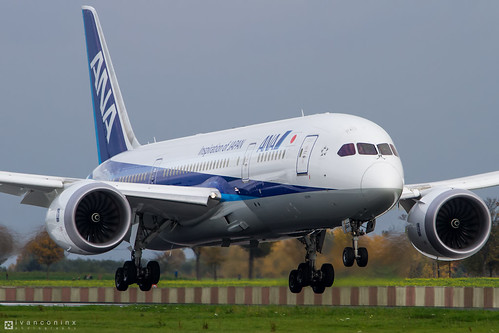 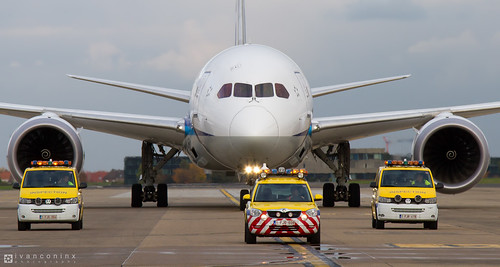 Escort in formation of the airside inspection

“Brussels Airport is honoured to be able to welcome such a prestigious airline as ANA. Both our companies share the values of customer intimacy, perfection and service. The direct flight creates hundreds of new direct and indirect jobs in and around our airport, stimulates tourism between both our countries, and gives Belgian companies an important new transport link for Belgian export goods such as chocolate and pharmaceutical products”, said Arnaud Feist, CEO of Brussels Airport. 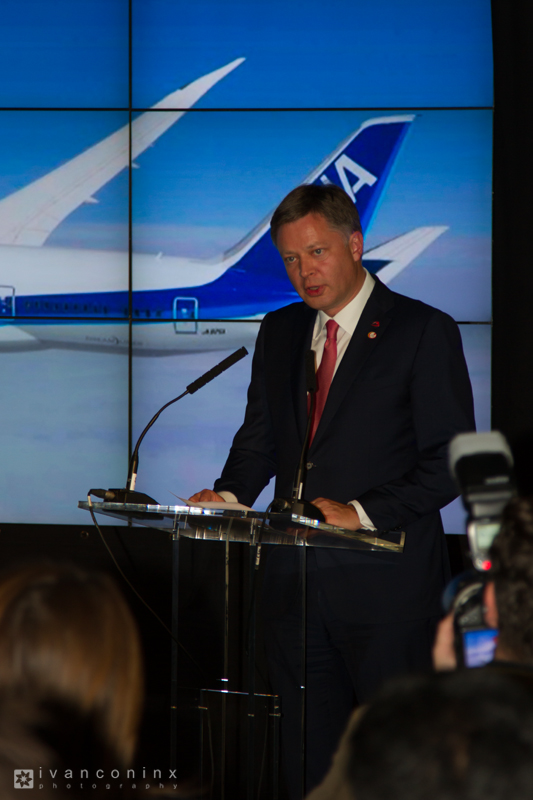 “This new, unique direct service between Japan and Belgium plays an important role in ANA’s strategy to develop an extensive international network of destinations. The flight schedule has been designed to offer passengers the best possible connections at Brussels Airport, in collaboration with ANA’s joint partners and Brussels Airlines in the Star Alliance network”, said Shinya Katanozaka, chairman and CEO of ANA Holdings. 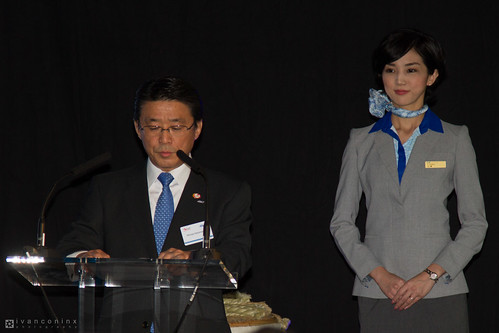 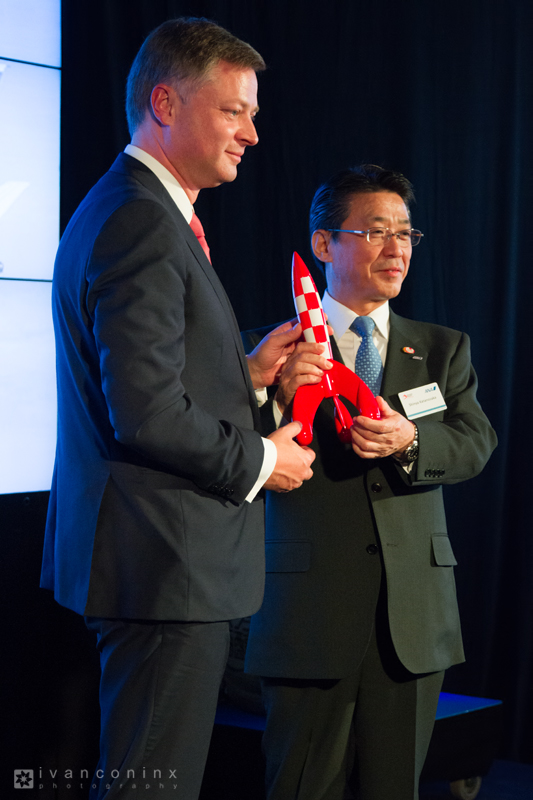 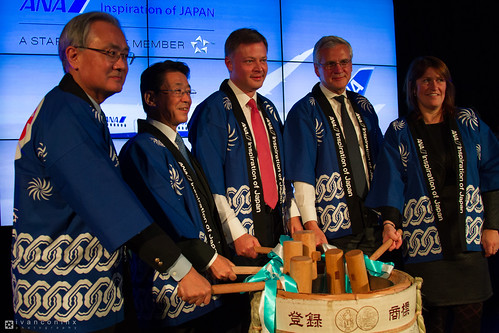 Kagami-biraki: a Japanese ceremonial tradition in which the lid of the sake barrel is broken open by a wooden mallet, to bring good luck

Why Opening A New Route To Brussels?

After the offical ceremony, the media was kindly invited to a guided tour of the aircraft, where we could get some more information of the various services offered onboard. On this new route to Brussels, ANA is operating a Boeing 787 Dreamliner with 46 seats in Business Class, 23 seats in Premium Economy, and 102 seats in Economy Class. 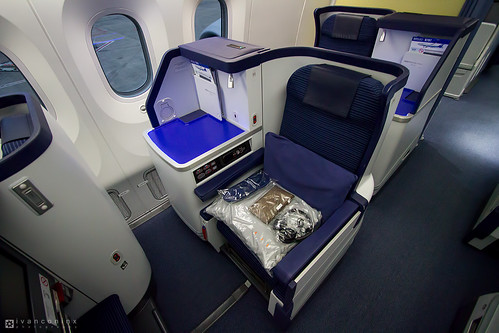 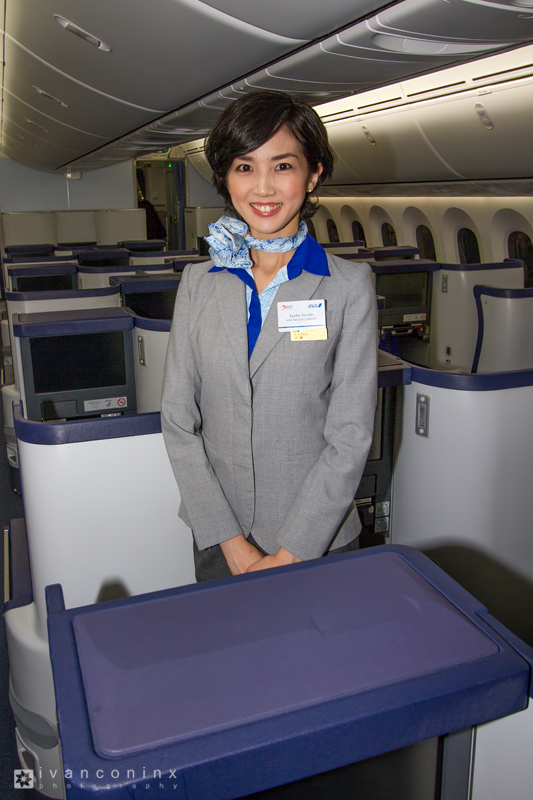 Friendly crew of All Nippon Airways 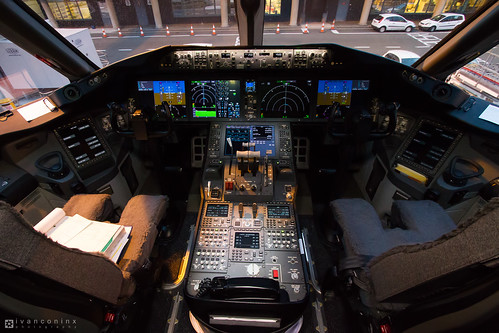 Many thanks to All Nippon Airways (ANA) and Brussels Airport for a unique ANA Dreamliner experience.