First Airbus A350 At Brussels Airport 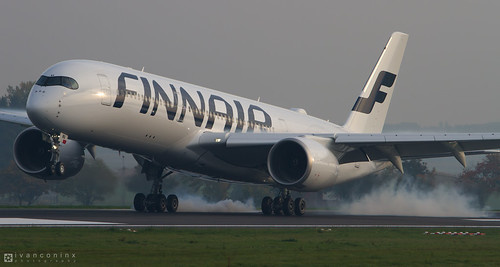 Airbus A350-941 OH-LWA is the very first A350 for Finnair and was delivered to the airline less than a week earlier, on October 7th 2015. The airline had decided to operate the aircraft on a number of short-haul routes accross Europe (including London, Frankfurt and Brussels) during the first couple of weeks after delivery, for crew familiarisation purposes. This is a normal procedure when an airline starts operating a new aircraft type. One reason is that it allows typerated pilots to get more acquainted with the aircraft as it allows them to perform as much takeoffs and landings as possible in the shortest amount of time.

Finnair is the first European airline to operate the Airbus A350 XWB (Extra Wide Body) and the world’s third operator of this aircraft type (next to Qatar Airways and Vietnam Airlines). It expect to receive a total of nineteen A350’s through 2019. All Finnair A350 aircraft will be powered by Rolls-Royce Trent XWB-84 engines.The Finnair Airbus A350 has been configured in a two-class cabin layout:

Around 12:20 LT, the aircraft took off from RWY 07R at Brussels Airport, bound for Helsinki as flight AY812 BRU-HEL. 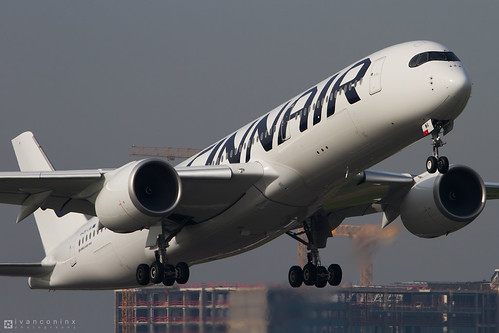 More photos can be found on my Flickr photostream.