On Sunday 3 April 2016, Brussels Airport welcomed its first passengers after the devastating bomb attacks of 22 March 2016.

Brussels Airlines operated three passenger flight at Brussels Airport on Sunday 3 April 2016, the first passengers flights to take off from the airport in twelve days.

The airport had been closed for almost two weeks after devastating terrorist attacks hit the terminal building and a metro station in Brussels.

Flight SN1901 BRU-FAO took off from Brussels Airport’s RWY 25R at 13:43 CET and headed towards Faro, Portugal where it landed a few hours later. The flight was operated with Brussels Airlines A320-214 OO-SNC, wearing the magnificent Magritte livery to promote Belgium and its icons.

The first passenger flight was given a salute of honour by the emergency services during a low-key reopening ceremony that was held in the presence of Minister of Mobility Jacqueline Galant and Minister of Defence Steven Vandeput.

The departure of the first passenger flight was an emotional moment for the entire airport community and is a symbol for a new start and for the energy, solidarity and commitment of all airport staff. During the past 12 days, thousands of employees have been working day and night to make this possible. 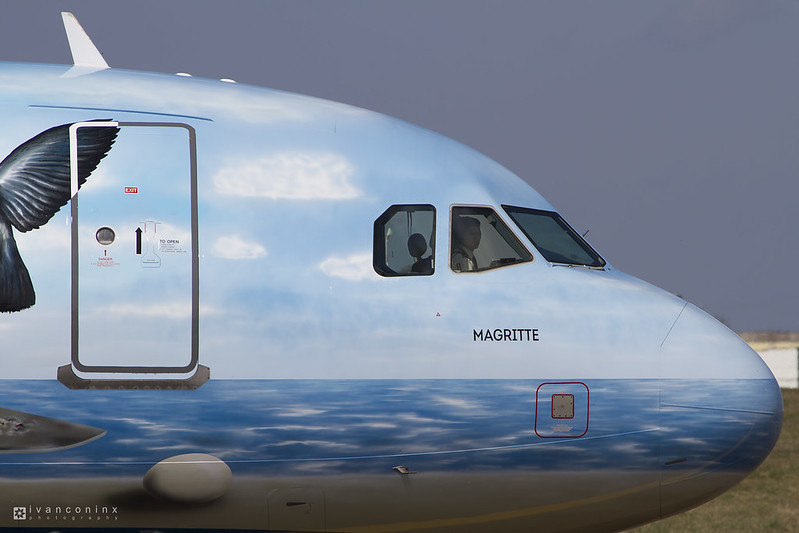 “Thanks to this work, your work, we can today spread a message of hope. Today we show our strength, show that we have risen again, that we will not allow ourselves to be beaten. It is the start of a new beginning, even if there is still so much work to be done to return things to a normal situation, to the extent that it will ever again be normal”, says Arnaud Feist, CEO of Brussels Airport Company. 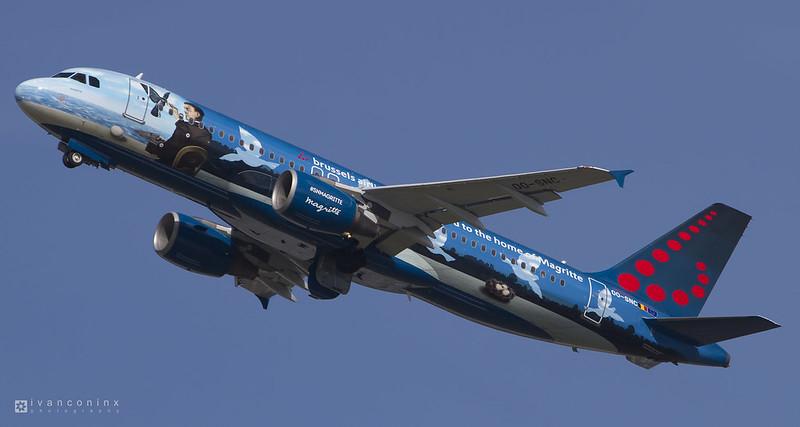 “The attack has struck at the heart of everybody. But it is important to pick up the thread. Brussels Airport is country’s the second largest economic generator. The airport not only gives 20,000 people a job, but, thanks to the connectivity with the rest of the world, allows companies in our country to develop and grow”, says Marc Descheemaecker, chairman of the Board of Directors of Brussels Airport Company.

More photos of this emotional first flight are available here.