Every summer since 2012, Brussels Airlines flies the world to De Schorre in Boom. With visitors from more than 200 countries gathering for Tomorrowland, this magical music festival is able to call itself the most international gathering in the world. Young people from Swaziland and Sweden to Fiji come together for an unforgettable weekend and friendship without borders. To symbolize this, Brussels Airlines and Tomorrowland created Amare, the fourth aircraft in the airline’s Belgian Icons series.  Starting on Friday 24 February, Amare will be spreading its wings and preparing for an amazing five-year journey spanning the skies over Europe and beyond.

In 2012 Global Journey came into being as Brussels Airlines and Tomorrowland flew in thousands of young people from all over the world to Belgium, not only to enjoy the festival but to discover the rest of the country. Last summer Brussels Airlines flew more than 10,000 People of Tomorrow to Brussels on their 108 Tomorrowland flights. Now, five years after that first cooperation, we have Amare, who will be bringing people together all over Europe and beyond for five years. 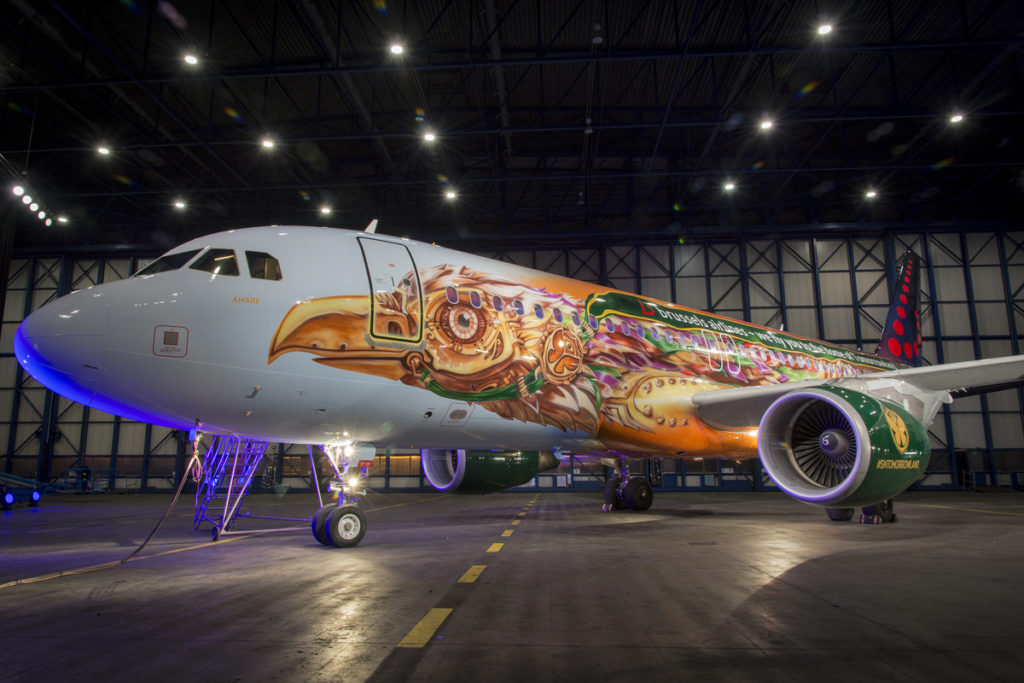 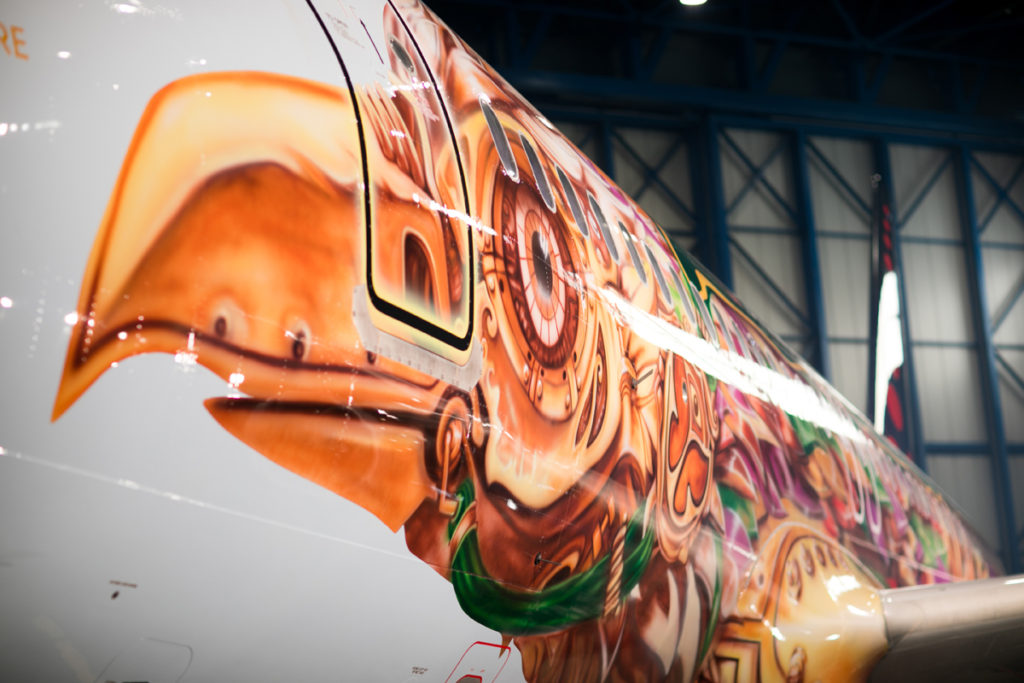 It took nine months to finish the creation of Amare.  After an intensive period of sketches, 3D drawings and model building, the design was ready for painting. Eight artists, including a father and son with many years of experience and the Brussels Airlines and Tomorrowland team, worked non-stop for two weeks to airbrush this impressive print onto the Airbus A320. First a gigantic print of the design was created, before being copied onto the airplane, a 37.56 metres long and 11 metres high Airbus, with registration number OO-SNF.  After this process, the colours were mixed and the aircraft was painted by hand.

Tomorrow, 24 February, Amare will leave on its maiden voyage to Vienna at 7h10 (flight SN2901). The flight schedule of Amare can be followed on brusselsairlines.com.

In order to make flying with Amare a complete experience, special mood lighting is foreseen in the aircraft cabin. To get everyone in the right atmosphere, the Tomorrowland Hymn by Hans Zimmer is played every time travellers board Amare. 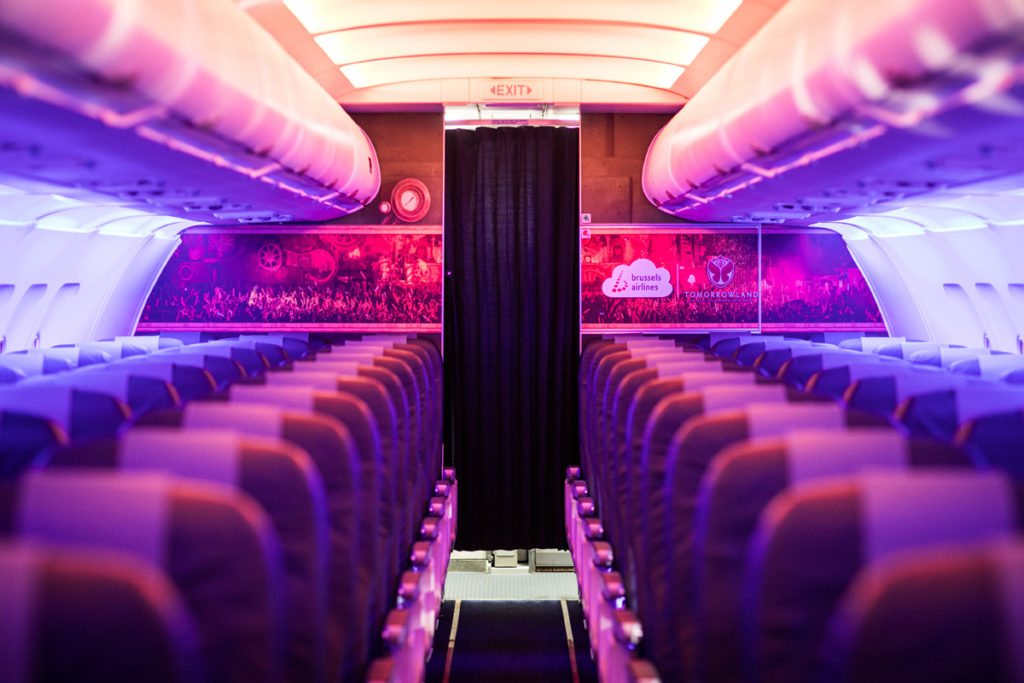 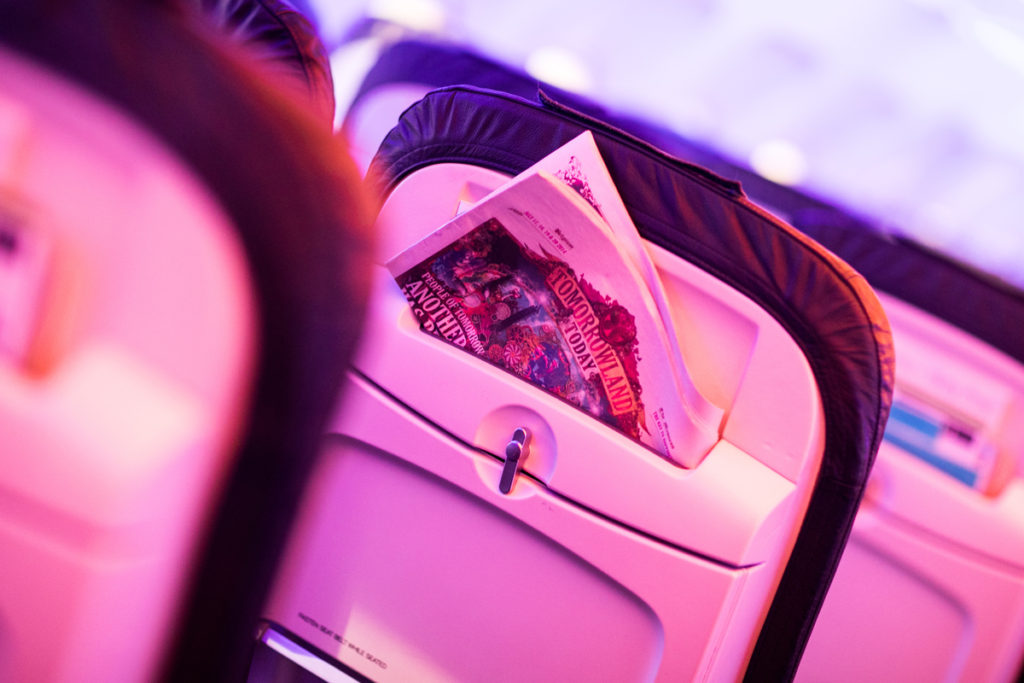 Amare is the fourth special livery plane that Brussels Airlines adds to its Belgian Icons series. As an ambassador for Belgium, the airline wants to bring the best of Belgium to the world. In 2014 the company decided to dedicate an aircraft to Tintin. “Rackham” instantly became one of the most photographed planes in the world. One year later two Belgian Icons were unveiled to the public: Magritte, dedicated to surrealist painter René Magritte, and Trident, the aircraft of the Belgian Red Devils, the Belgian national football team. With Amare, Brussels Airlines now pays tribute to Tomorrowland, which has in fact become a true Belgian Icon.