Boeing 737 MAX 8 OO-MAX, baptised ‘Tenerife Alegria’, took off from the Boeing factory in Seattle on the evening of Monday 29 January 2018 and flew its delivery flight to Brussels Airport with 40 passengers onboard and without a fuel stop in Keflavik. The aircraft made a smooth landing on RWY 25R at Brussels Airport at 11:02 local time. It was welcomed at Brussels Airport by a traditional water salute by the Brussels Airport fire service.

TUI Fly Belgium invited several dignitaries, employees and members of the press to witness the arrival of its very first Boeing 737 MAX. Before the aircraft landed at Brussels Airport, all guests were welcomed and there was brief introduction by Mr Elie Bruyninckx, CEO TUI Western Region. 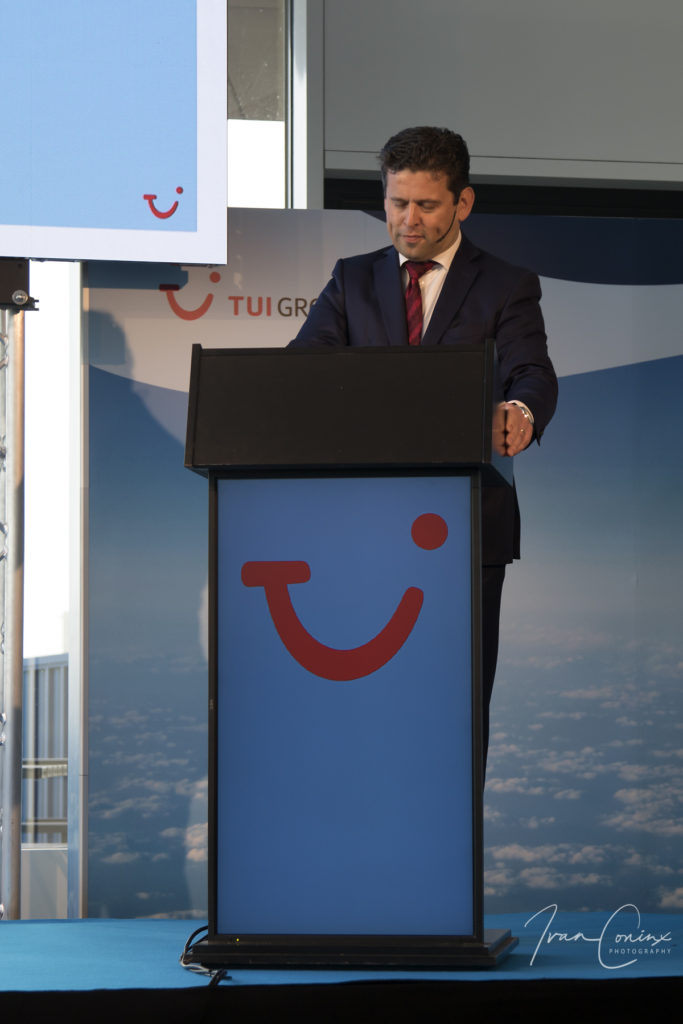 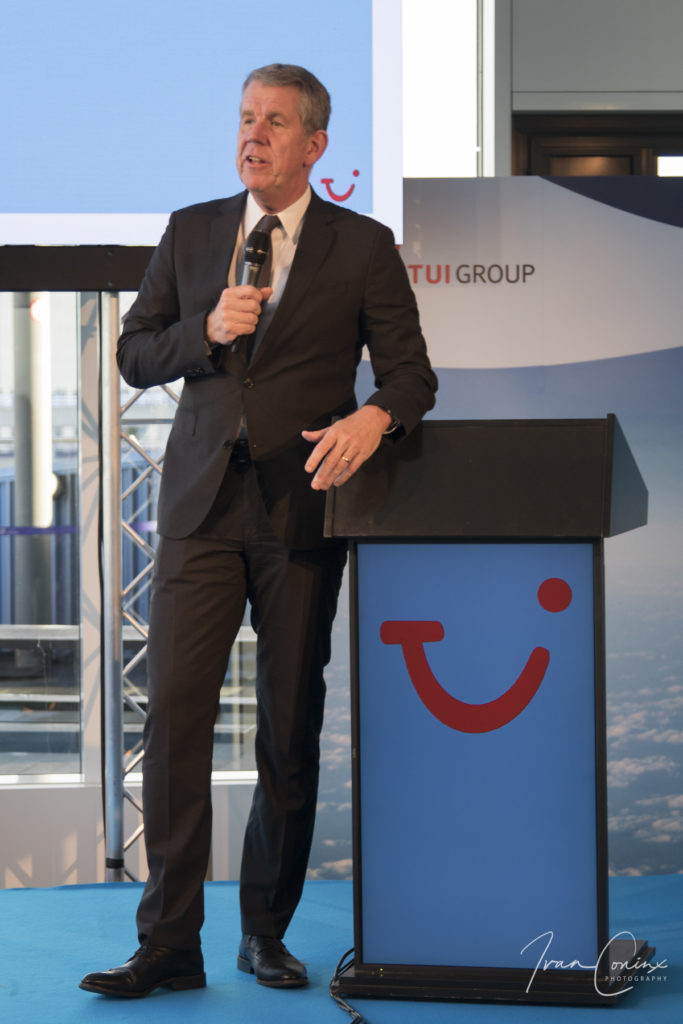 This was followed by a speech by Mr Fritz Joussen, CEO TUI Group and a speech by Mr Arnaud Feist, CEO Brussels Airport Company. Captain Toon Vaessens of TUI Fly Belgium shared some more technical details of the new Boeing 737 MAX, including its reduced fuel burn and lower noise footprint. 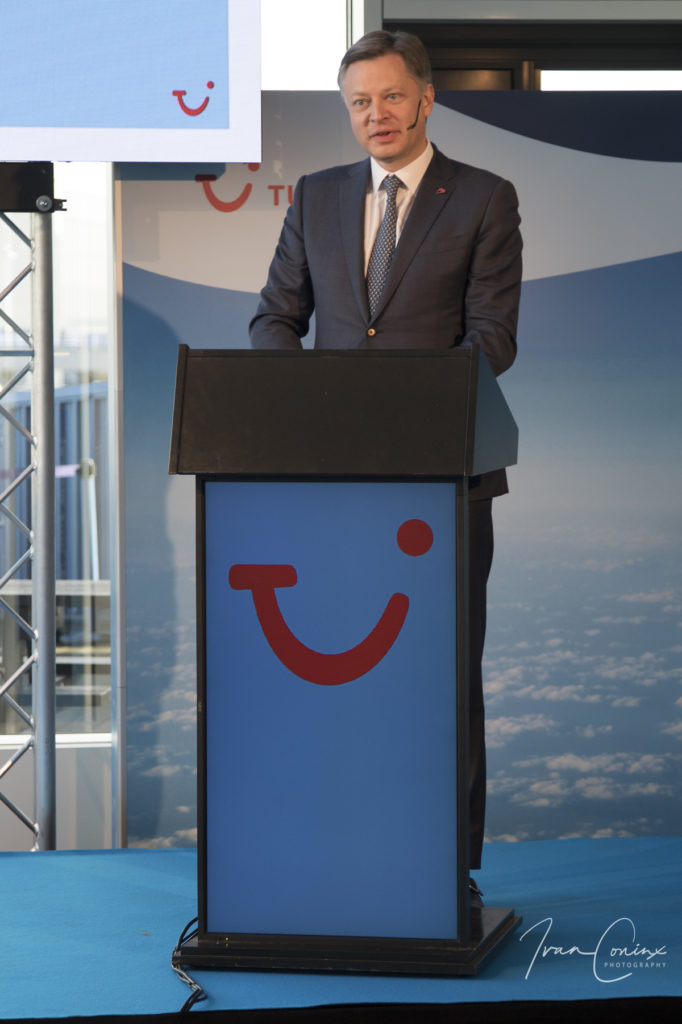 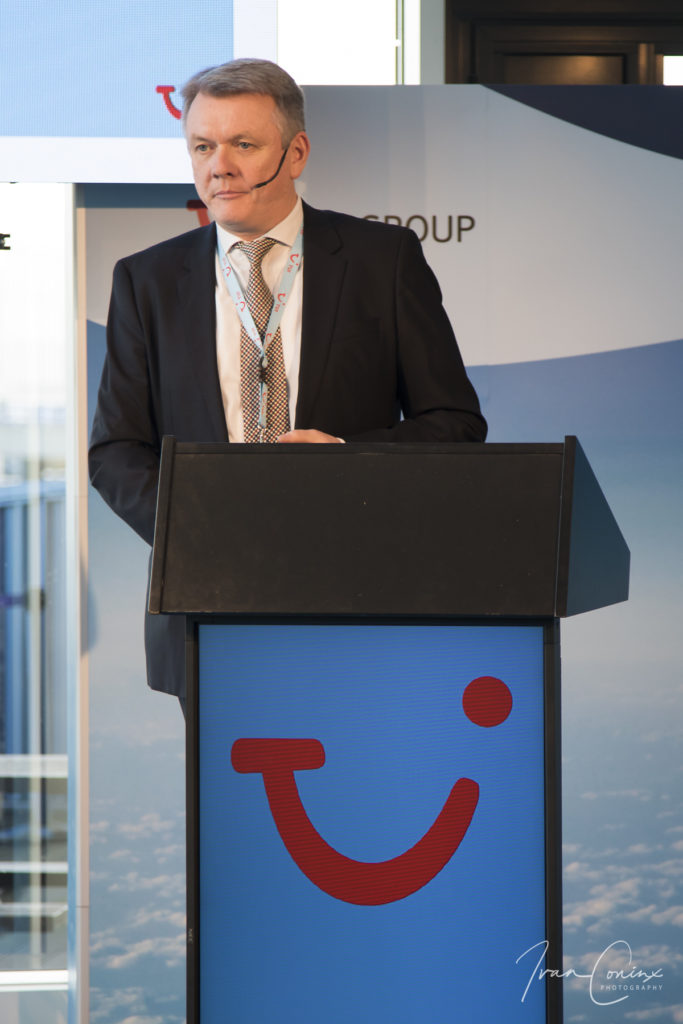 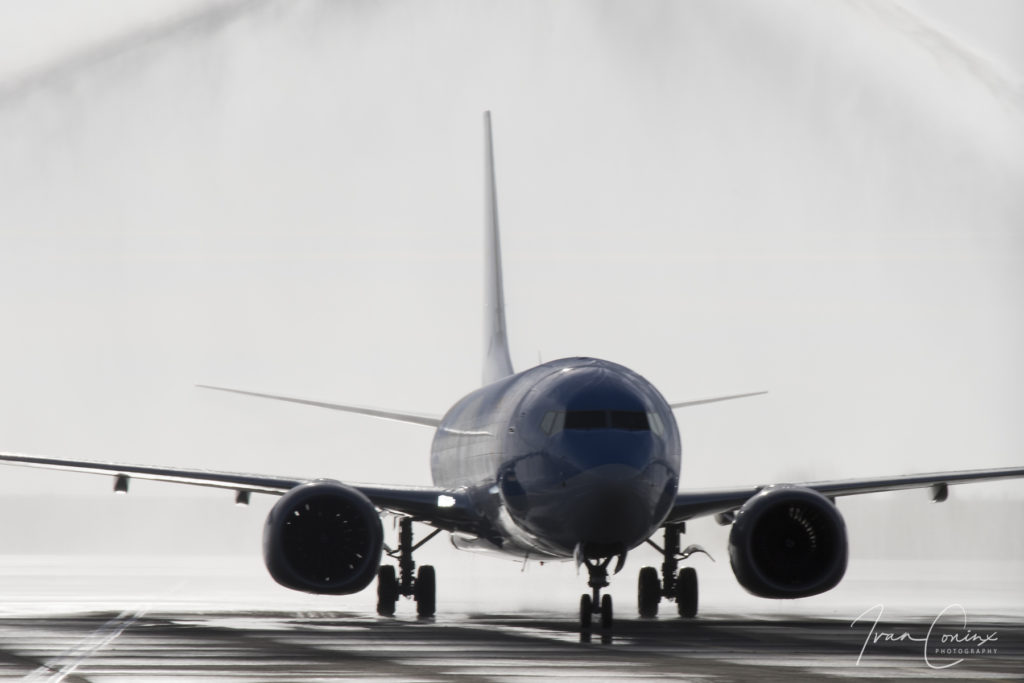 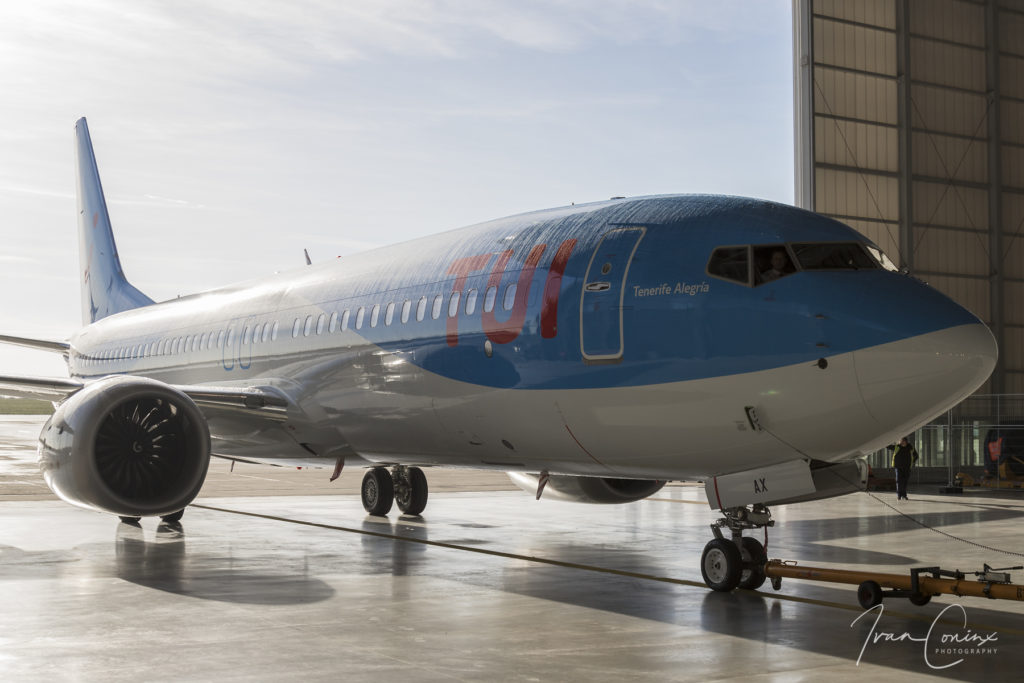 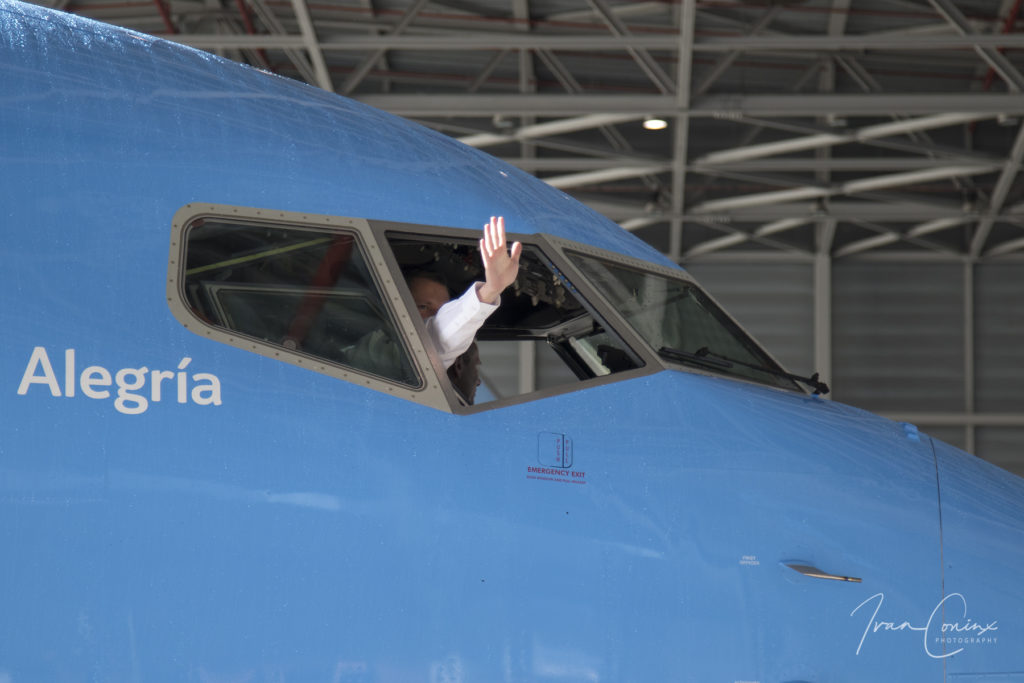 A friendly wave by Captain Frederic Smet as OO-MAX is towed into the TUI hangar. 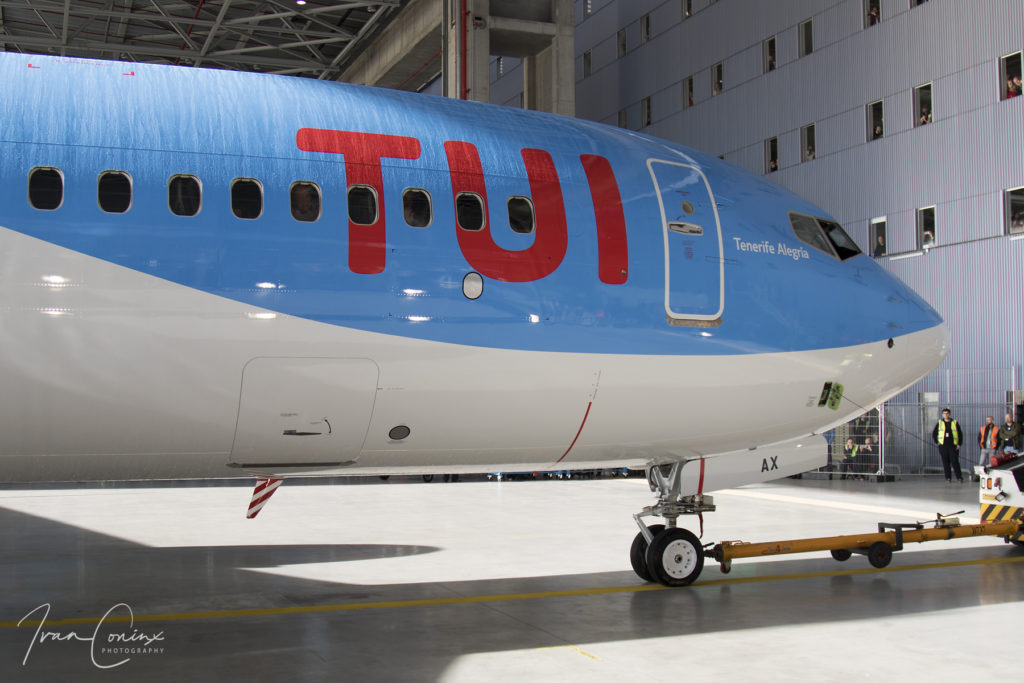 OO-MAX coming to a complete stop inside the TUI hangar. OO-MAX inside the TUI hangar.

TUI Fly Belgium already operates the youngest fleet in Belgium and thanks to the introduction of the Boeing 737 MAX, the average age of its aircraft will be reduced even further to just seven years. By summer 2018, the fleet of TUI Fly Belgium will consist of 32 aircraft: 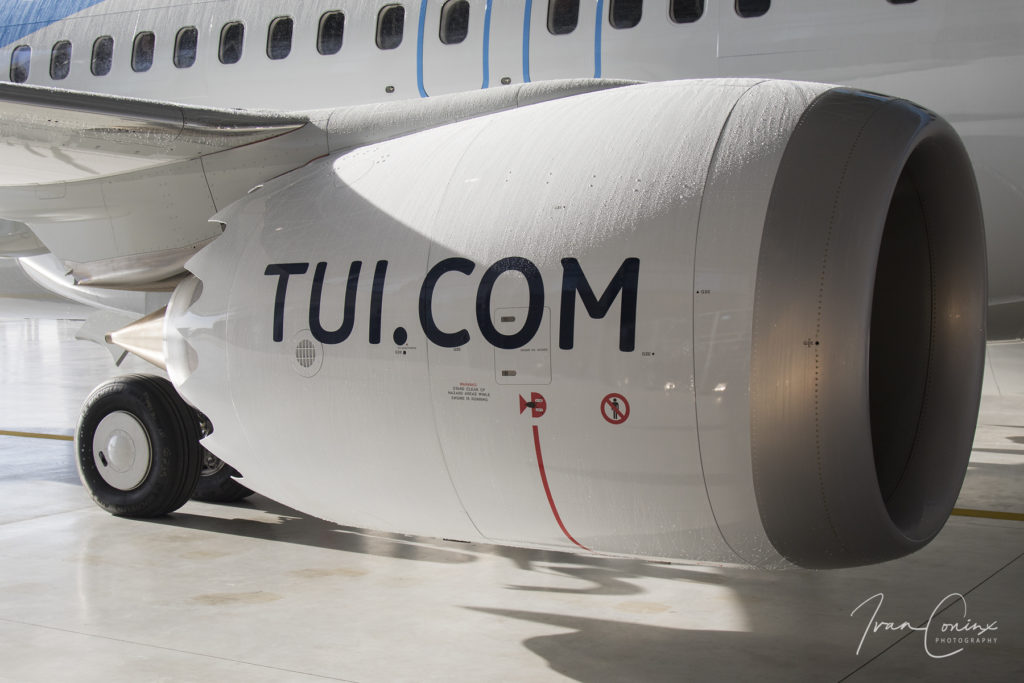 Close-up of the new LEAP-1B engine powering the Boeing 737 MAX. 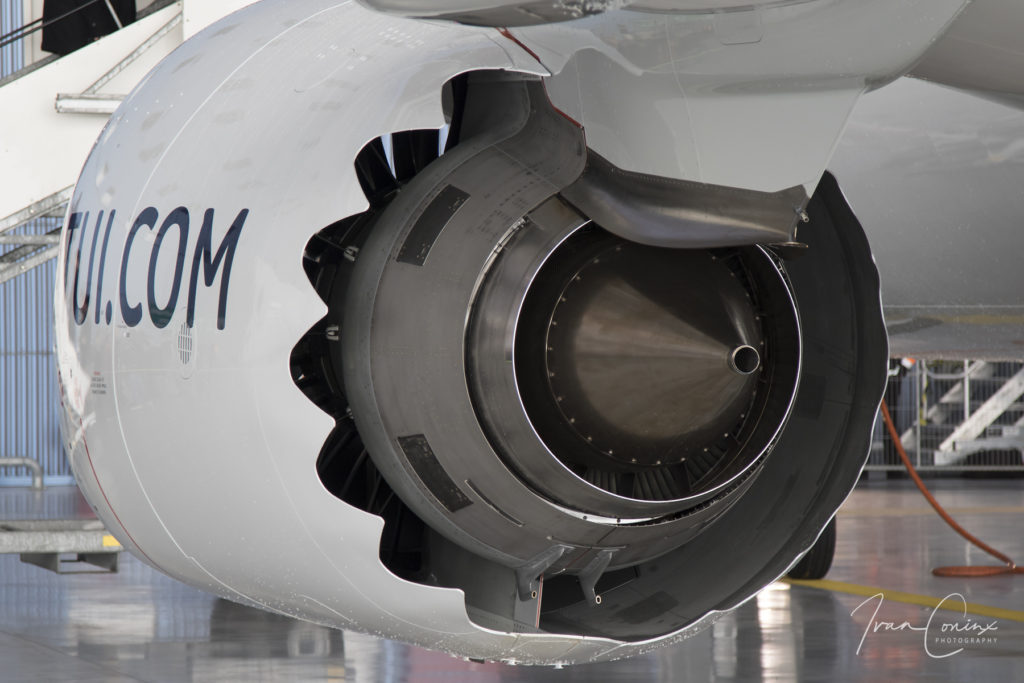 Close-up of the new LEAP-1B engine powering the Boeing 737 MAX.

The TUI Group was one of the first airline groups to order the latest generation of the Boeing 737. The group made an order for a total of 70 Boeing 737 MAX aircraft and has options for additional aircraft. 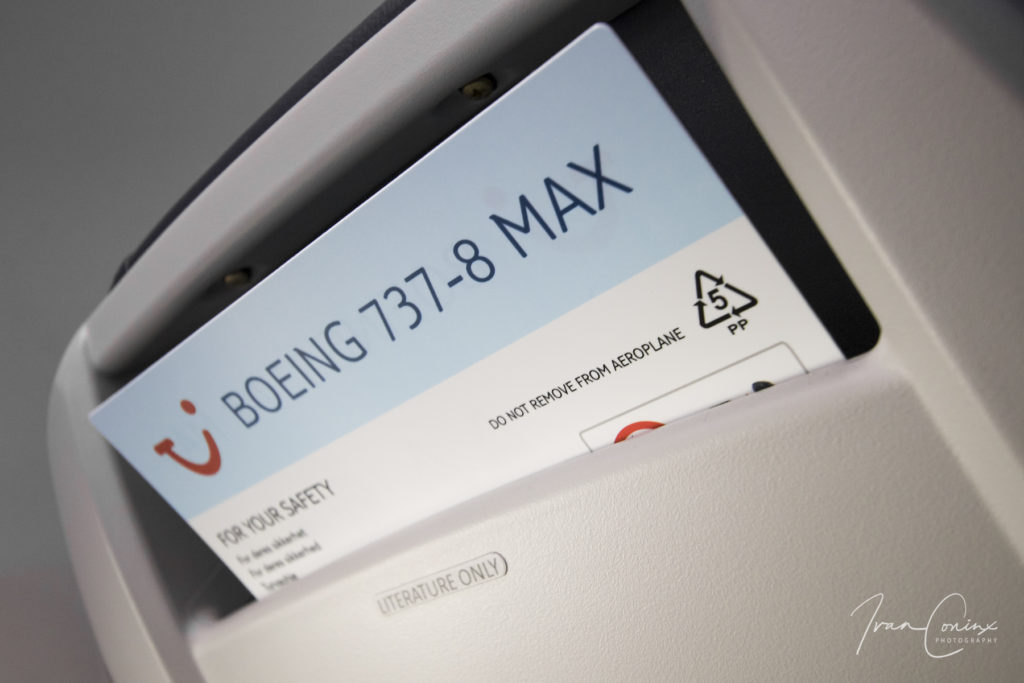 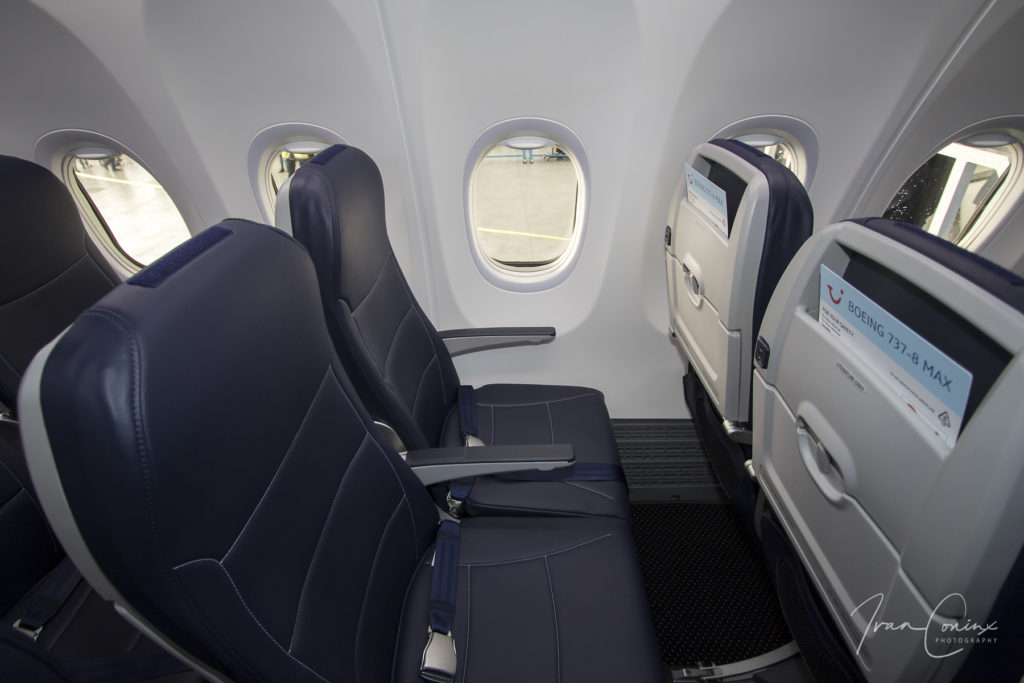 The Boeing 737 MAX is the latest variant of the Boeing 737, one of the most successful passenger aircraft in the world. It offers the latest technologies to reduce noise footprint and fuel consumption but also increases onboard passenger comfort. Gunther Hofman, Managing Director of TUI Fly Benelux, said: “Thanks to its efficient aerodynamics and its cutting-edge technology, the 737 MAX achieves an unmatched level in aviation. The performance of this aircraft is fully in line with TUI Fly’s philosophy which is based on efficiency, innovation and sustainability. By purchasing these new aircraft, TUI Fly aims to deliver the most modern comfort to its passengers and to reduce the impact of its operations on the environment. By the summer of 2018, TUI Fly Benelux will have a fleet of 41 aircraft”. 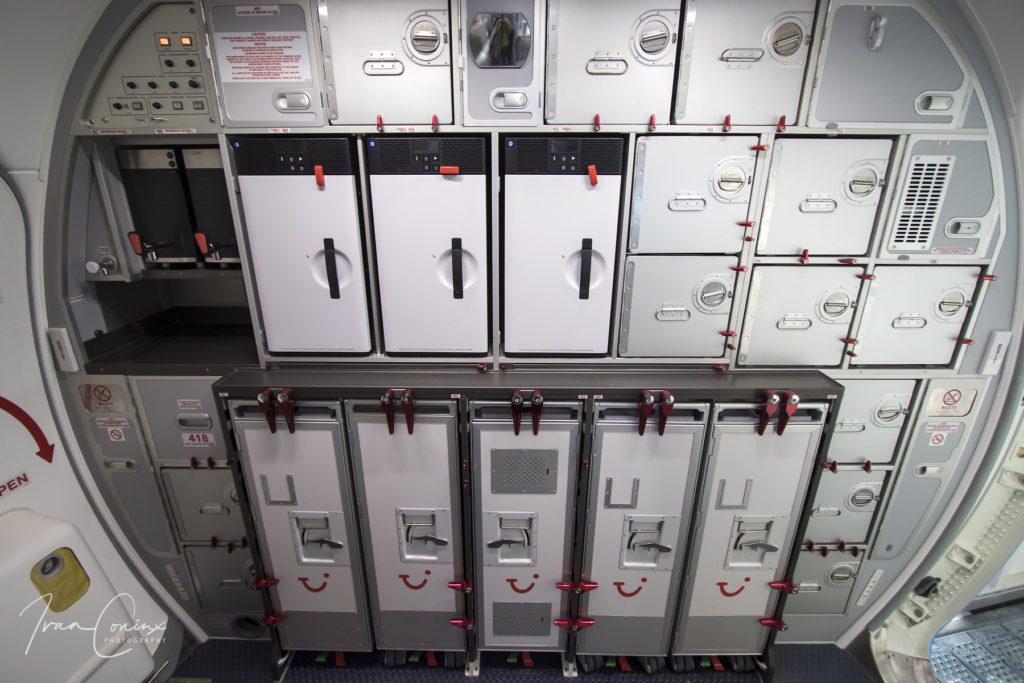 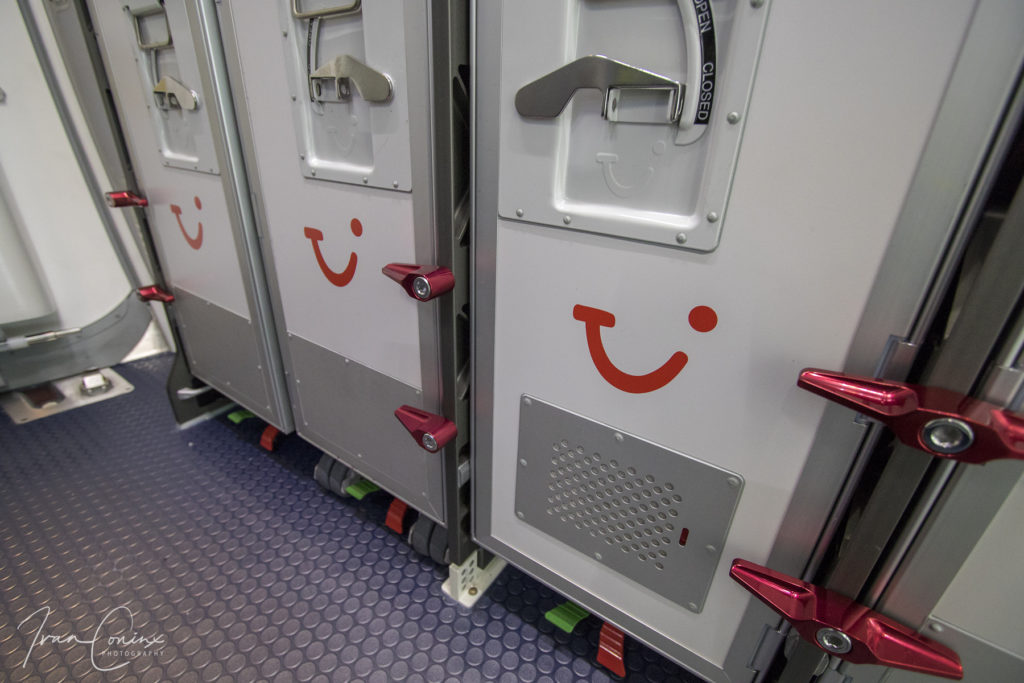 Close-up of the fuselage of OO-MAX near the rear exit door.