On Friday 18th September 2015, Emirates became the very first airline to operate a commercial Airbus A380 flight to Brussels Airport. To celebrate its first year of scheduled services to Belgium’s biggest airport, the airline had decided to upgrade the equipment on its daily flight from a Boeing 777-300ER to an Airbus A380 configured in a three class layout.

The friendly people of Emirates and Brussels Airport kindly invited me to a media event that allowed special guests and members of the press to get a glimpse of this unique aircraft as well as the excellent service offered by Emirates onboard its Airbus A380 services around the globe.

The aircraft operating the flight was Airbus A380-861 A6-EEV (cn 150). It is just one of 66 Airbus A380 aircraft already operated by Emirates today, and the airline has 74 more aircraft on order. 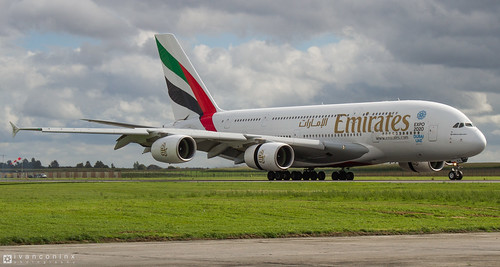 Following the landing at Brussels Airport, the aircraft rolled out to the very end of the runway and taxied to gate B33. Few moments vefore coming to a complete stop at the gate, the aircraft received a ceremonial water salute by the Brussels Airport fire brigade, a tradition at most airports to welcome a new aircraft type or mark a special event.

Parked at gate B33 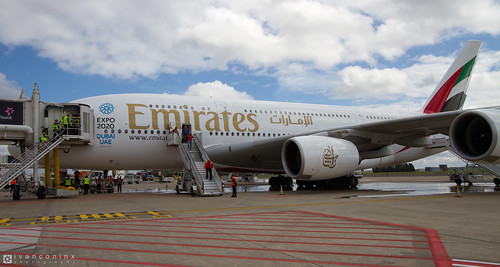 Parked at gate B33

Afterwards we were invited to an official reception where we enjoyed speeches by Mr Arnaud Feist, CEO of Brussels Airport, and Mr Jean-Pierre Martin, Country Manager Belgium and Luxembourg at Emirates. It was emphasized that this A380 flight remains a special event, but that no daily A380 flight should be expected in the nearby future. Mr Arnaud Feist also mentioned that Brussels Airport is willing to make the needed investments to its infrastructure to be able to handle a daily A380 flight. However, these infrastructural changes would take at least another 18 months to complete and the decision depends on the demand of airlines to operate this aircraft type to Brussels Airport. 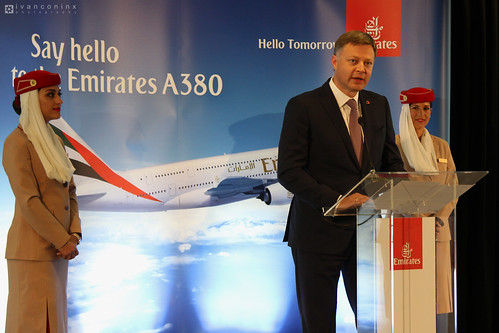 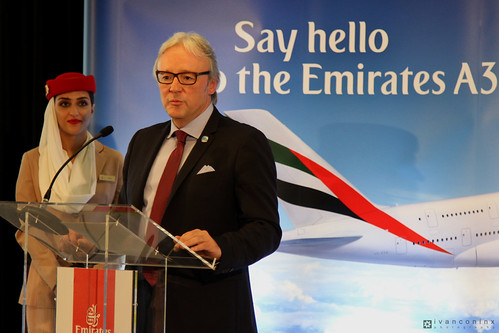 Next, we were kindly invited to a guided tour of the aircraft, where we could get some more information on the various services offered onboard, including the First Class product which gives access to an exclusive shower spa as well as the lounge bar on the upper deck of the aircraft. The Emirates Airbus A380 offers a very exclusive service and bring true value for money to passengers travelling onboard this aircraft to one of the 35 destinations currently flown with the type. 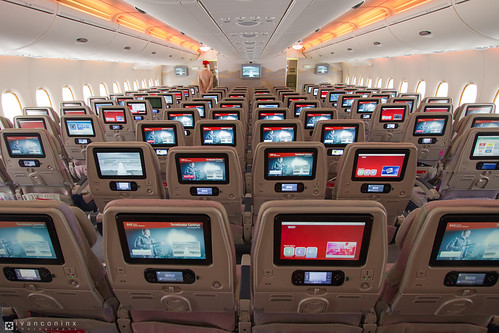 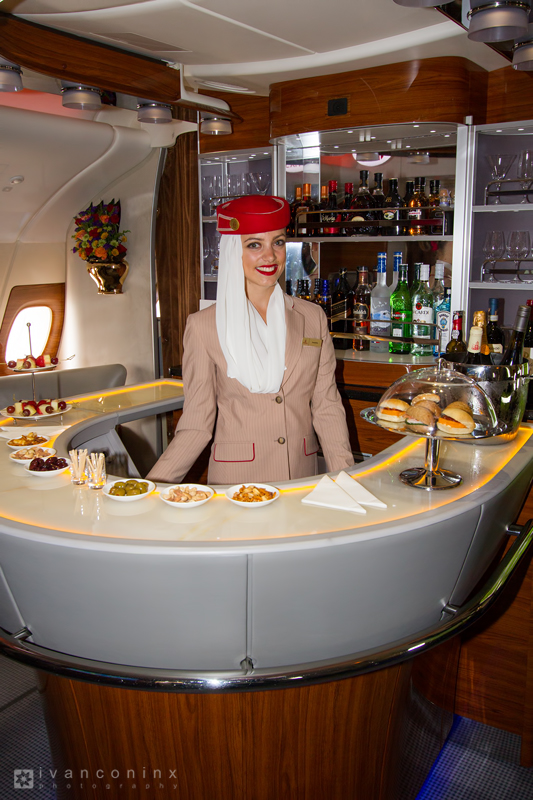 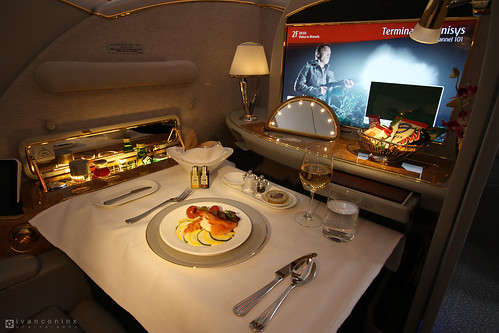 Finally, we were able to witness the takeoff of the aircraft on its flight back to Dubai as flight EK184 BRU-DXB. 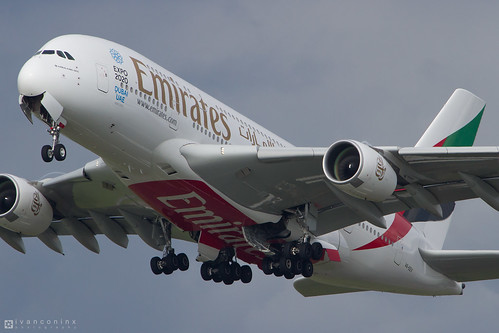 Many thanks to Emirates and Brussels Airport for a unique Airbus A380 experience.